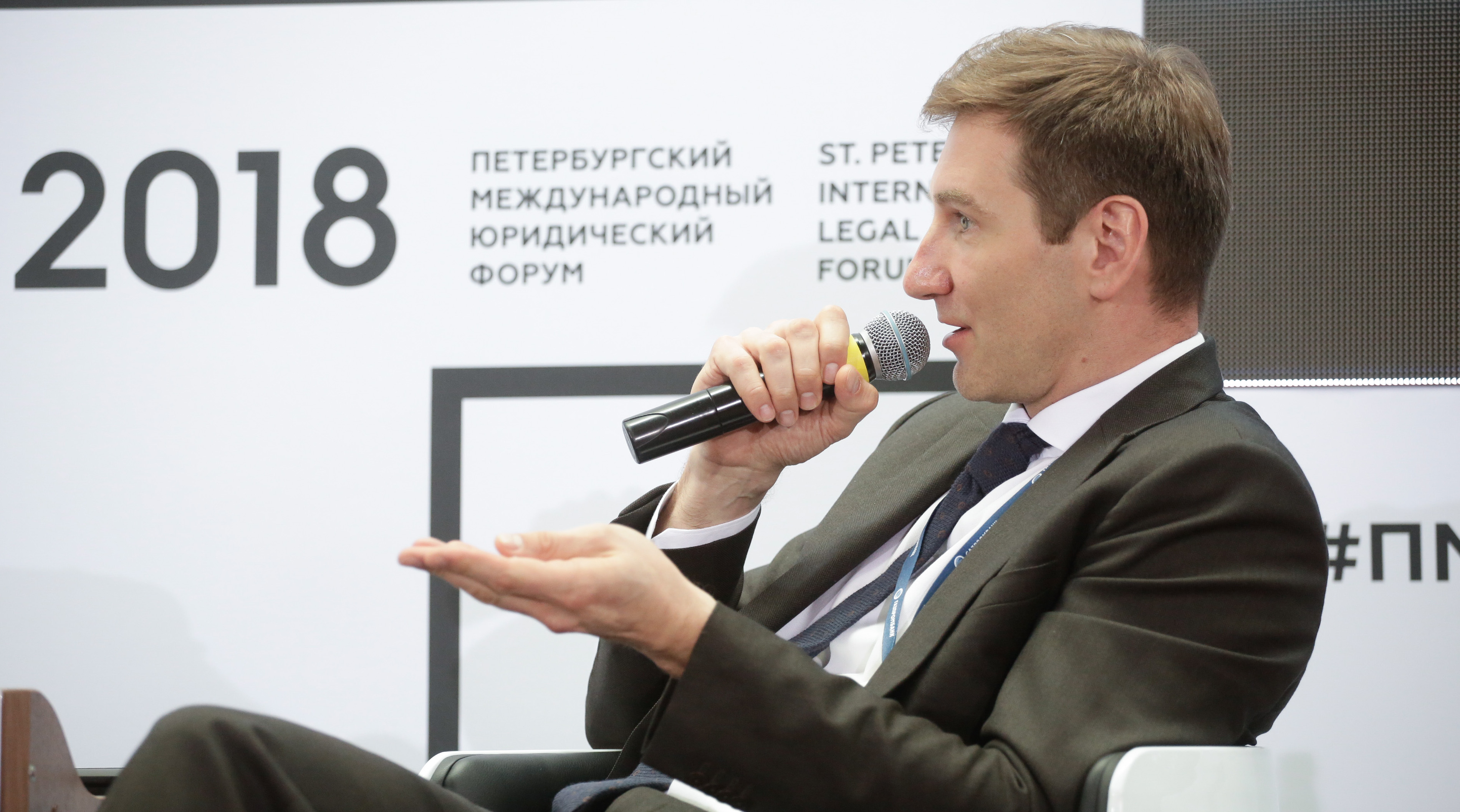 Anton Krasovsky: "The inevitable happened: the Russian authorities are cracking down"

Anton Krasovsky, journalist and director of the AIDS.CENTER Foundation, talks about a new initiative of the Ministry of Justice against Western funding and Russian NPOs.

"So, you follow this line of protesters", commanded a woman, attractive if only for her vitality, addressing those listlessly entering the square.

In the front row was a group of people who had obviously never been to Russia, carrying posters bearing Putin's portrait. The posters read: "Putin is the tsar of AIDS".

The many Russian delegates to the AIDS-2018 conference were dutifully lined up behind them, calling for a war against the virus, not the people.

"Lena, I won't march behind the 'Putin is the tsar of AIDS' slogan," I said mournfully.

"Me neither", with relief replied Elena Orlova-Morozova, my friend and the AIDS.CENTER medical director. "Let's go and have lunch instead."

Putin, Putin and again Putin, Russia never fulfils its obligations, Russia is killing Russians... And not only in Russia.

"Russia is killing Russians in Donbass," the Ukrainian Minister for Health Uliana Suprun stated in a confident tone, addressing one of the sections. "How many people died there because of the ban on the harm reduction program?" The audience applauded, officials from the Russian Ministry of Health used tissues to wipe away their tears.

The Russian delegates clapped more enthusiastically than anyone else. 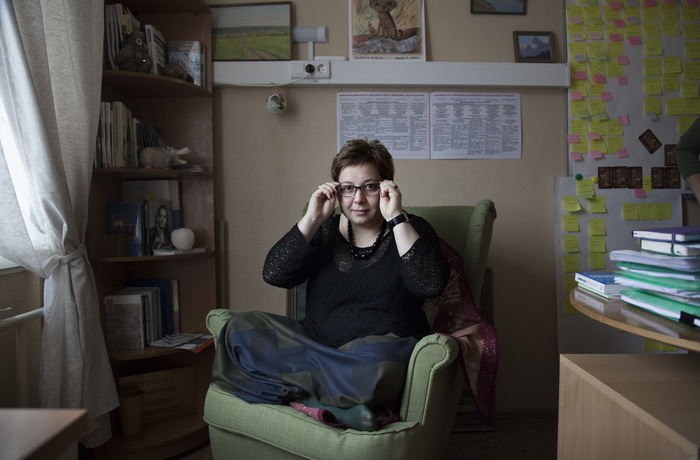 The whole AIDS-2018 conference, which ended one month ago in Amsterdam, was devoted to the horrors taking place in Russia. And in the end, as the final drumbeat in this solemn march, the Elton John AIDS Foundation announced several grants for projects in Russia. We haven't had funding like this for 10 years or so. One and a half million went to Saint Petersburg, another million somewhere else. And two million (pounds, that is) were solemnly pocketed by the AFEW, a Dutch Foundation with no clue about what is happening in Russia, and who, just six months ago, came to various Russian NPOs asking for help. But now, pleased with themselves, they held a reception at one of the State Hermitage buildings, inviting some Georgian activists who assured everyone that drug consumption is a gift from the heavens (literally!), while declining to invite the majority of the Russian activists. Including us. "It's impossible," responded a woman who one month before had been hugging us in our office.

The Russian delegates gathered and resolved: "We need to throw ourselves at the feet of AFEW, as, from now on, they are our lords and masters."

One of the European Embassies even appointed a second secretary as a Special Representative on HIV/AIDS in Russia. Now he is "getting acquainted with the situation", meeting the activists. Actually, activists are sitting in the waiting room, eagerly waiting to see him.

The Russian activists, in some sense, can be compared to the Russian artists. Both give performances. Both are admired by the people. Both seem able to do foolish things and still expect praise. Or, at worst, a bewildered smile, which says: well, they are activists, what do you want?

"The Russian delegates gathered and resolved: 'We need to throw ourselves at the feet of AFEW, as, from now on, they are our lords and masters.'"

But no praise was given. The inevitable happened: the Russian authorities started to crack down. Just think about it: today you march in the West with posters showing Putin covered in blood, telling everybody stories about the horrors of Russian practices, and then you receive Western money for projects inside Russia.

Did you think that the state governed by intelligence agencies wouldn't notice? Or that it would turn a blind eye? That they would be happy about it? That they would say go take as much as you can from them and do whatever you want?

Don't you think that now it's stupid to be surprised or offended with the state? I'll tell you more: the state isn't only entitled to monitor the grants and projects they fund, but is in fact obliged to do so. The state must know what foreign money is being used for in its territory. Just imagine that a certain Kobzon Foundation receives funding from 30 American NPOs. Would it attract the attention of the American intelligence agencies currently making such a fuss about Russian ads on Facebook worth $12,000? 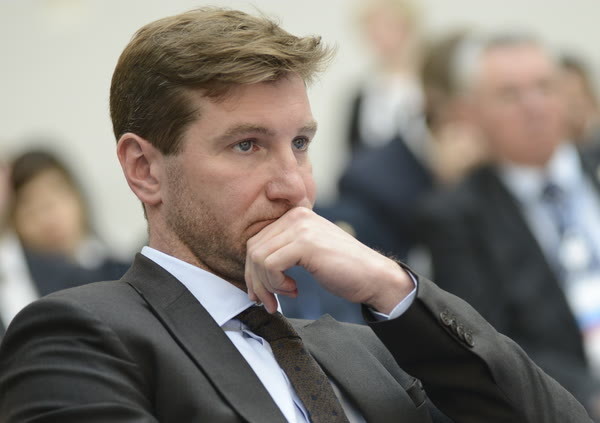 Do you understand that it wasn't foreign foundations that suddenly came to Russia to fight Putin under the guise of the fight against HIV/AIDS? These were Russian NPOs, deprived of funding, crowding for years behind the closed doors of Western money-bags. Because you weren't giving them a penny. You were closing their programs, you were closing Russia for the Global Foundation. You don't recognise the existence of the epidemic and don't believe in expert opinion — so that's where the concepts of "swan faithfulness", "condoms don't help" and others come from. You did your best to make people who are really fighting the epidemic beg for money. And not from you, but from them.

Your actions have not only provoked keen interest in Russia from very often quite unreliable foundations, but have also provoked the epidemic itself. When it really took hold in Russia, methods of fighting the virus and of preventive treatment were well-known. Moreover, good medicines existed then. HIV/AIDS could have been nipped in the bud, but you chose another path. You acted in such a way as to get back at the West. As a result, at least 1.5 million people are now living with HIV/AIDS. This number could have been much lower.

So what needs to be done?

"HIV/AIDS could have been nipped in the bud, but you chose another path. You acted in such a way as to get back at the West. As a result, at least 1.5 million people are now living with HIV/AIDS"

We just need to stop considering each other enemies. On several occasions, I have made disparaging and stupid comments myself about the Russian medical authorities, intelligence agencies and many others. I am sorry for that. You are not our enemies.

And currently, you are not our partners either.

But you should be our partners. How? It's more or less easy. Recognise at least half of global practices. Start believing in expert opinion. I understand that it's hard to believe in the existence of real science in a country where for our whole lives people such as Lysenko, Kashpirovsky, Juna, Chumak, and Doctor Volkov were considered "experts".

But it exists. It really does. And you know it. That's why your kids study in the West, and you receive treatment in the West. You use American phones, German cars, you wear Italian shoes. Western technology is a product of real science.

And preventive treatment of HIV/AIDS is another product. This is the same technology. In contrast to mechanical engineering and pharmaceuticals, they are just giving it to us. We just shouldn't be afraid to take it.

You don't like that the Elton John AIDS Foundation funds the harm reduction programs? Persuade Sberbank or VTB bank to fund them. Create conditions for big business to understand that HIV/AIDS is not only a serious and terrifying issue, but that dealing with it is prestigious.

Once I went to a big bank to meet a friend of mine. At that time he was the Chairman of the Board. "We can offer you a free account, transactions, acquiring", he said. "Just don't ask us to participate in it. We already have a hospice. We'd like to offer support to sports, children, a youth movement, but not to your HIV/AIDS."

"Create conditions for big business to understand that HIV/AIDS is not only a serious and terrifying issue, but that dealing with it is prestigious".

Only the state can make it possible for big business to participate in fighting HIV/AIDS. Only the state can push oil and gas oligarchs pumping out money from Western Siberia and the Urals, where the Russian epidemic is most concentrated, to start investing in social programs for drug users such as harm reduction programs and retraining and rehabilitation programs. Only the state can get them to do it. Without the state saying they need to, nothing will be achieved.

The state should also recognise a few other obvious things. Protection from any virus can be achieved only with medicine. HIV/AIDS can be avoided by using condoms and medicines.

Any person entering adult life should know that it is the condom, not love, that protects you from HIV/AIDS, hepatitis and other sexually transmitted infections.

Thousands, or even tens of thousands of men and women have been infected by their one and only beloved partner. They were faithful. But the virus, unfortunately, ignores this fact. The virus doesn't care.

Swan faithfulness doesn't exist even among the swans. It is all just myth and profanity. Where there are two adults, the virus will always have a chance. We need to acknowledge this.

"Where there are two adults, the virus will always have a chance. We need to acknowledge this."

You don't seriously think that Russia is a unique place in this respect, do you? Every country, from the USA to South Africa, has been there. When they thought that the situation would sort itself out by restricting the freedom of gays and drug users and promoting family values. But it didn't. On the contrary, the scope of the epidemic increased exponentially in the places where, instead of medicines and contraceptive pills, people were indoctrinated with so-called "values".

It was the same in the Middle Ages with the plague. Where corpses were burnt, where the healthy were isolated from the ill, where houses were cleaned up and families were transported to uninhabited areas, the epidemic died out. And where people were called to find salvation in praying together, they died together. In the same congregation. Under the burning icon-lamps.

We need to admit that it is an epidemic. That it's our common epidemic. It concerns everybody, without exception, not only drug addicts, gays and whores. There are millions of people who are living with the virus today and who will live with it in the future.

Our task is to acknowledge this, to stop hating or despising each other. The state should revoke all discriminating laws, activists should stop appealing to the Hague court or demanding the application of Vienna protocol.

Let's fight the virus, not each other.