"Popoff Kitchen" techno parties have transformed at least three sites over the two years of their existence: the "Squat 3/4" club in the very heart of the capital, the "Dissident" club in the basement of a building at the crossing of Chistoprudny and Maroseyka streets, and the last location is an abandoned workshop in the Moscow factory "Pluton", previously occupied by physicists. At one time, those white-tiled halls saw the development of microwave electrovacuum devices. Now it too is a club. It is located in Artplay – about one hundred and fifty meters away from the AIDS.CENTER open space.

Everything is reasonably like Berlin: "Berghain", the most famous of German gay-techno clubs, is also an industrial zone. Here, the embankment of the Yauza river is not much different from the embankment of the Spree. Concrete urban blocks, a graffitied arcade railway bridge, and asphalt.

The only difference is that here are our near-and-dear Lefortovo and Basmanny districts instead of the prestigious Kreuzberg and Friedrichshain districts between which "Berghain" is located. However, the aesthetics are identical. As a side note, the "Popoff Kitchen" organisers are on friendly terms with "Berghain" residents. The same DJs often perform their sets in both houses.

However, the latest party - the anniversary - was emphatically advertised. It appeared in "Afisha", "The Village" and even in Fucking Young. And since the AIDS.CENTER and "Popoff Kitchen" communities are almost the same (according to the Russian Ministry of Health, these are men who have sex with men (MSM)), we attended the anniversary outreach event (with HIV testing right in the cloak room) and talked to one of its hosts, Nikita Egorov-Kirillov. Result: a photo report, an interview and one person who tested positive. However, one positive out of fifty participants is not that much. 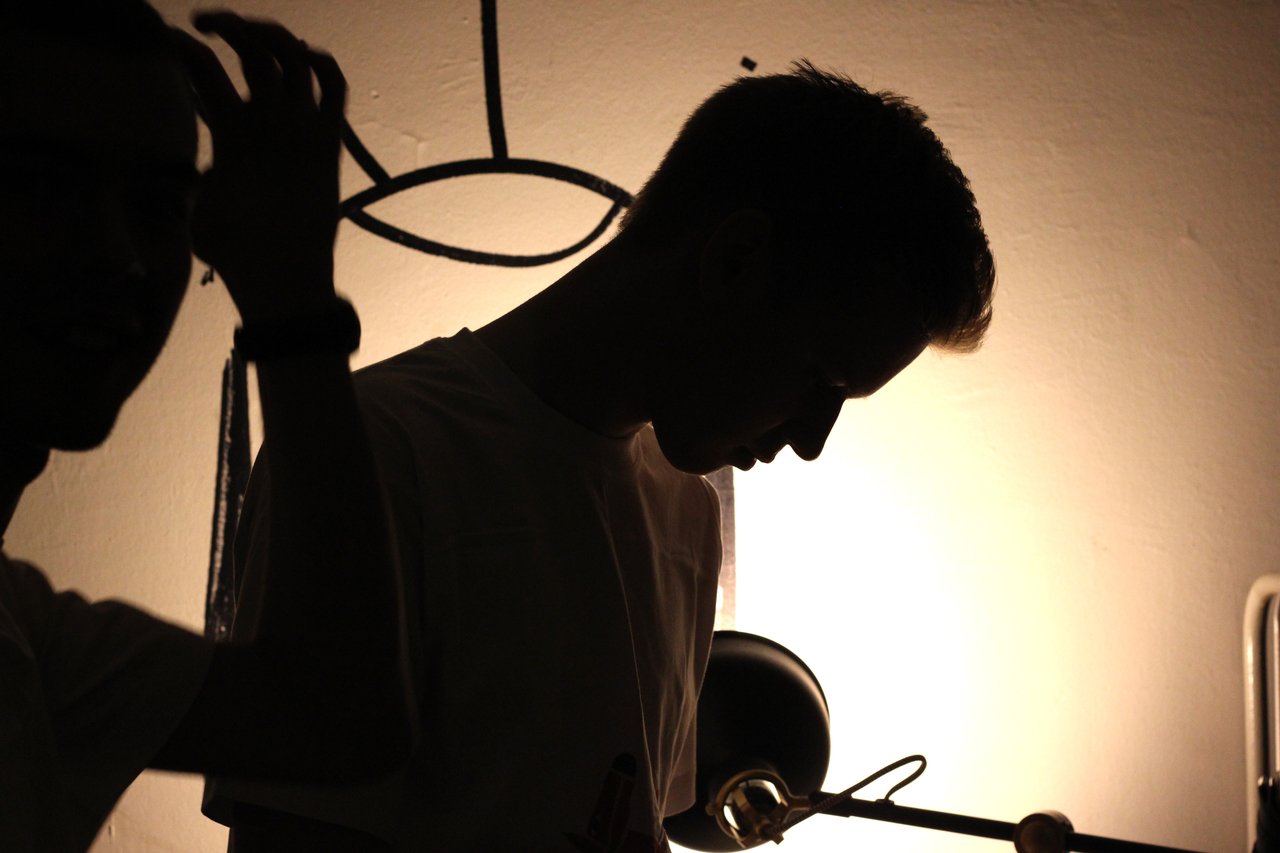 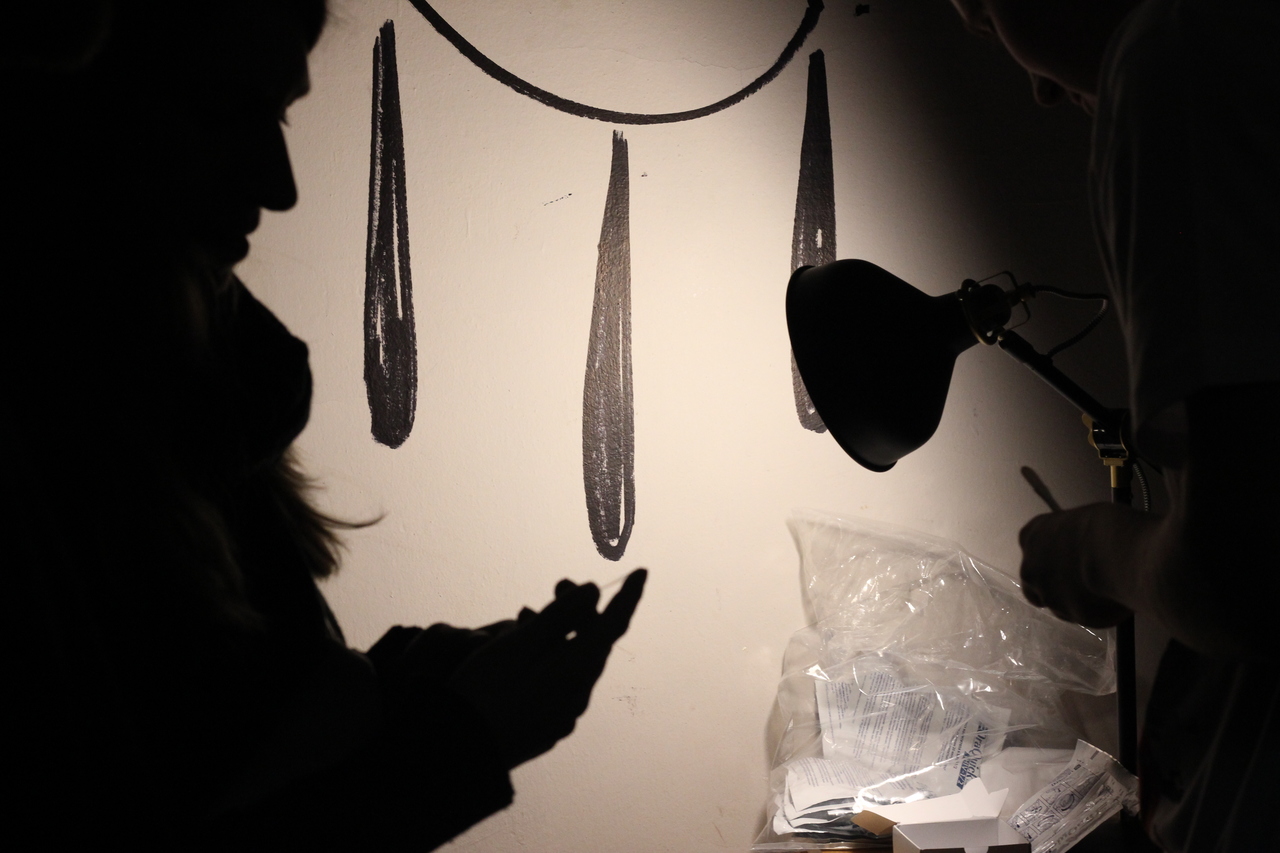 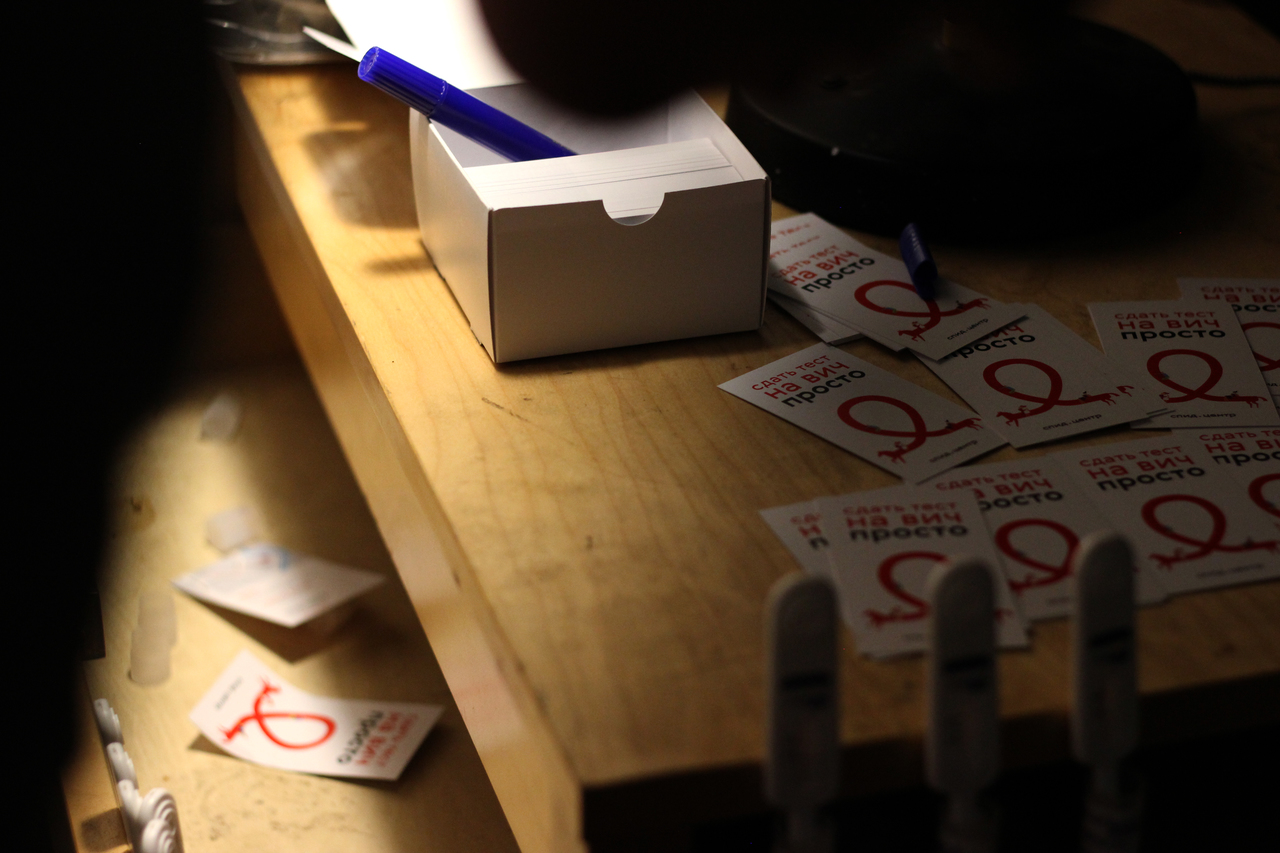 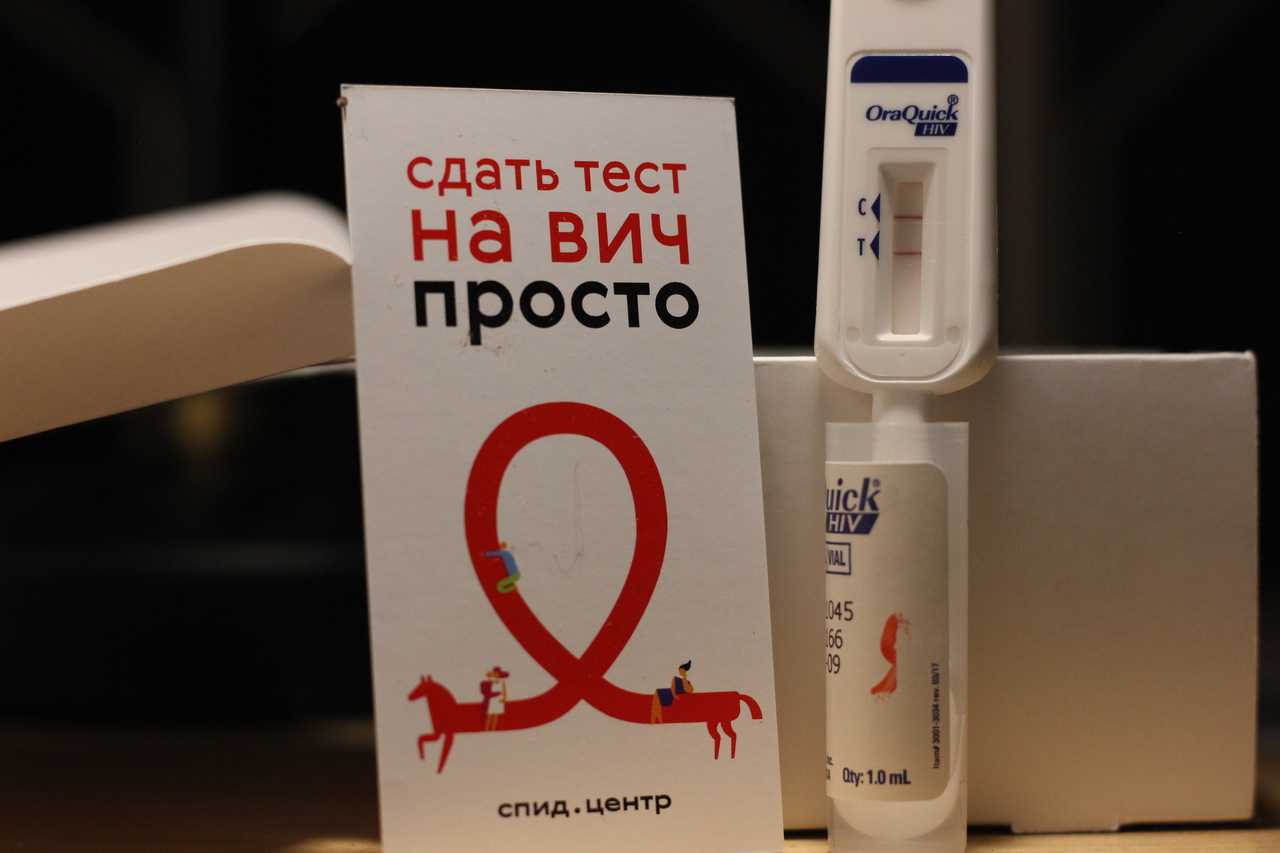 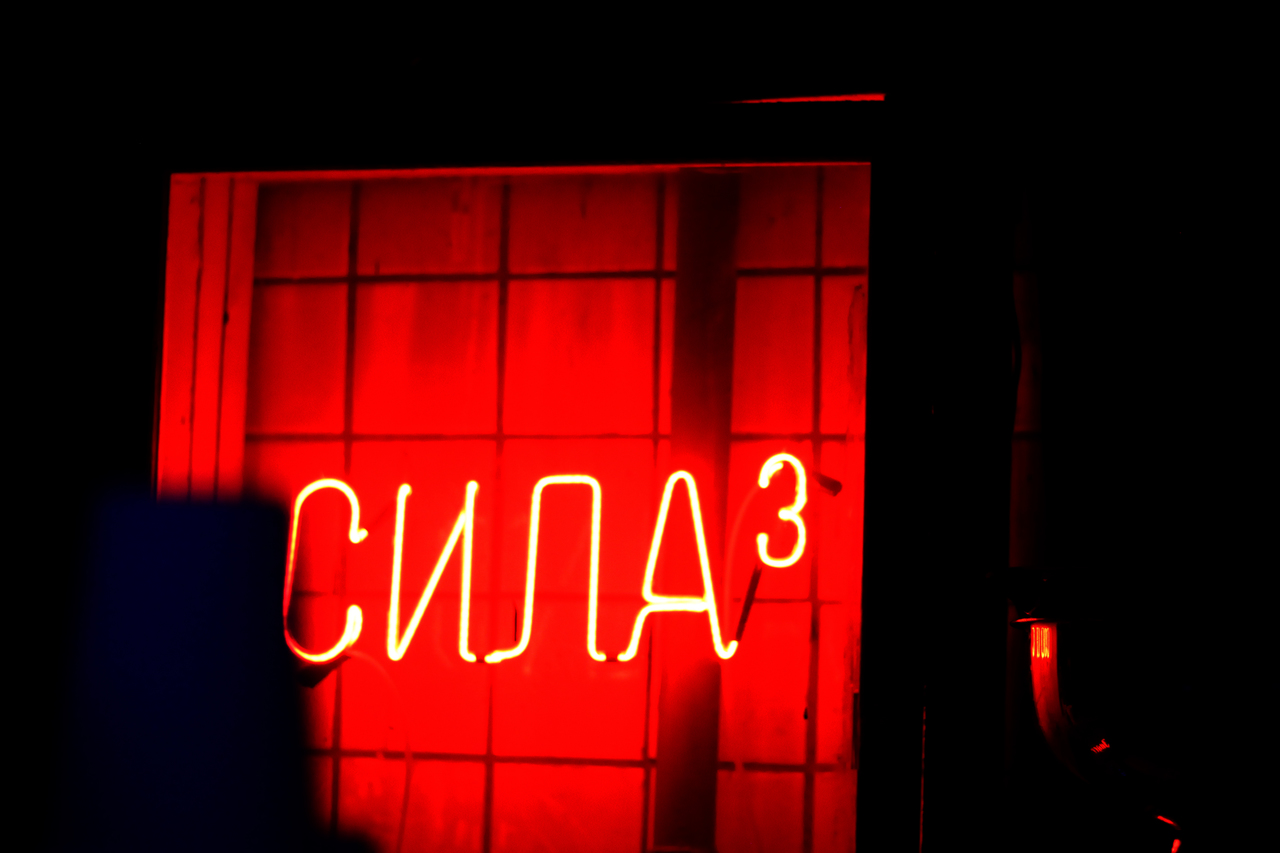 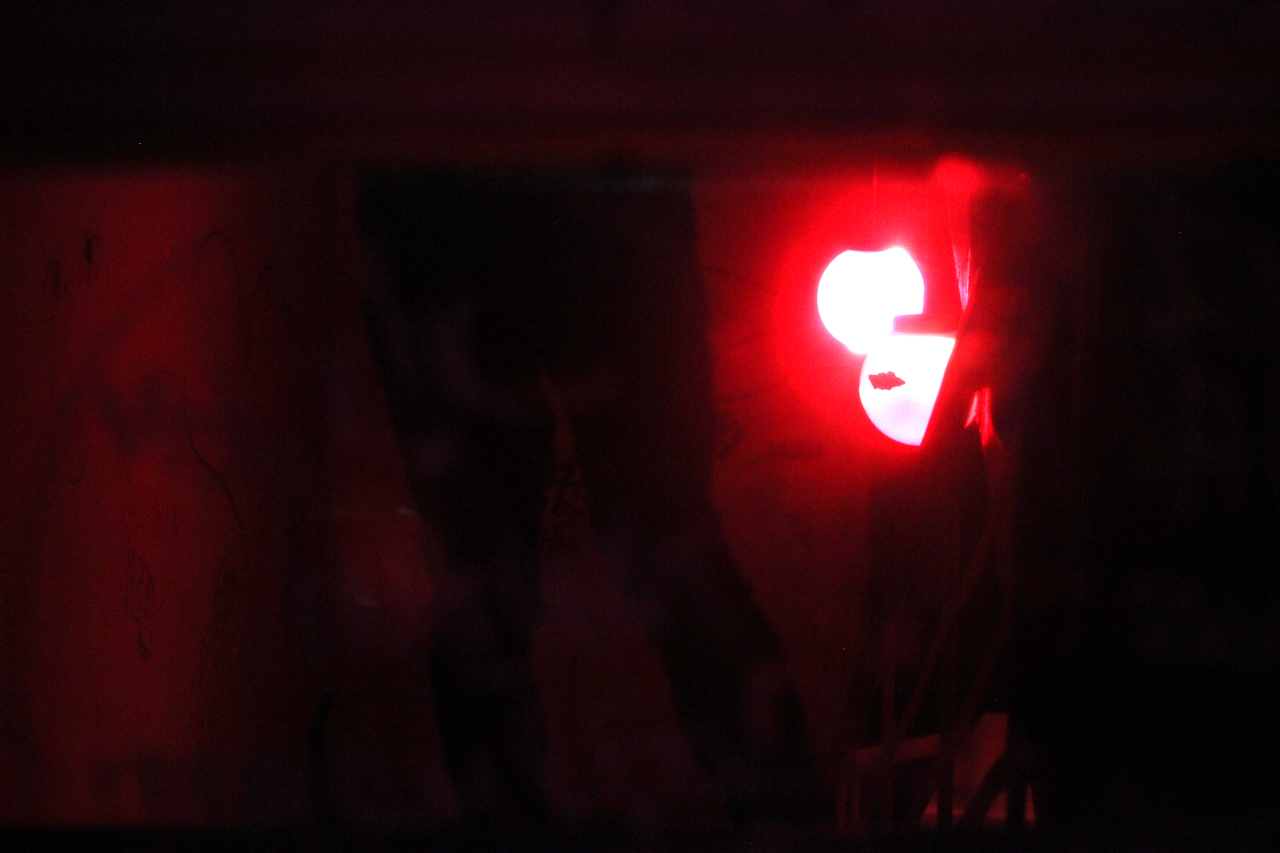 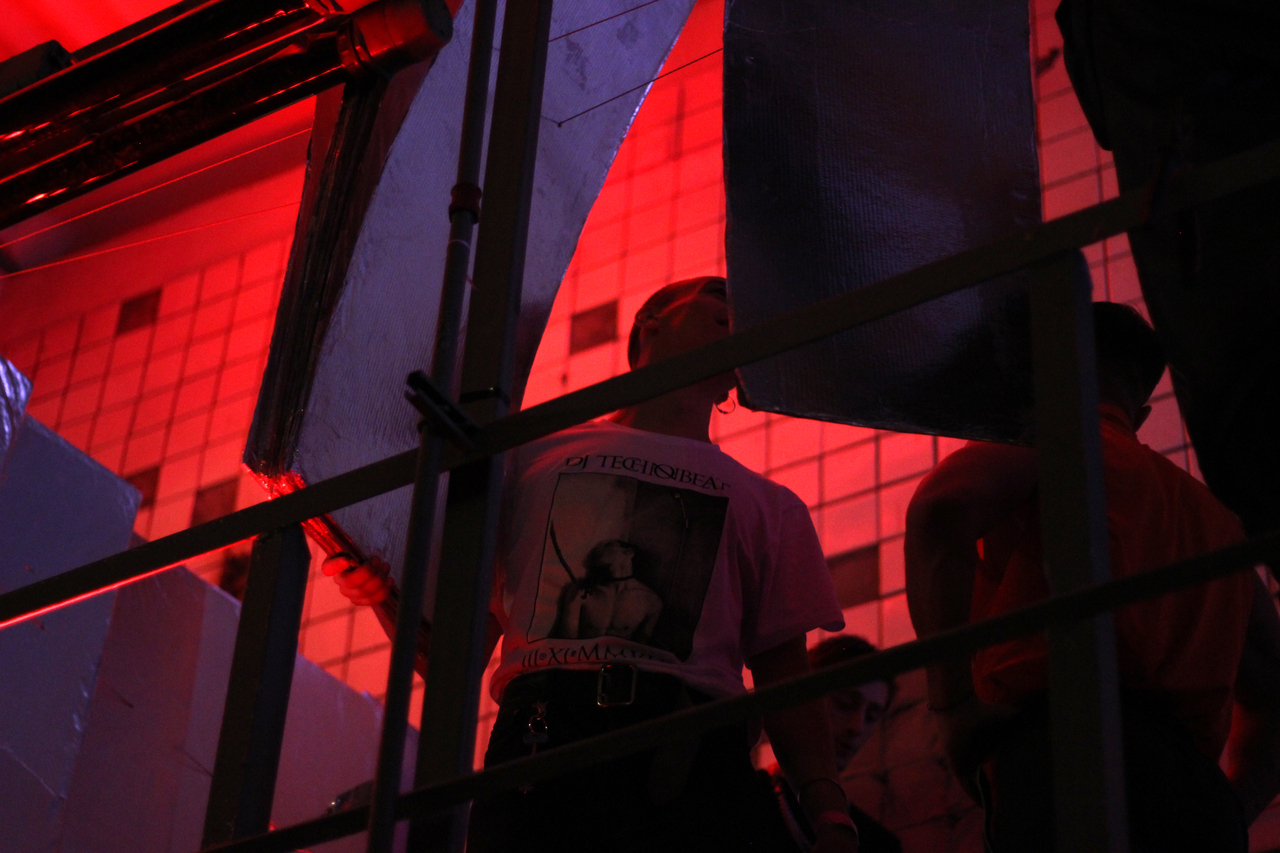 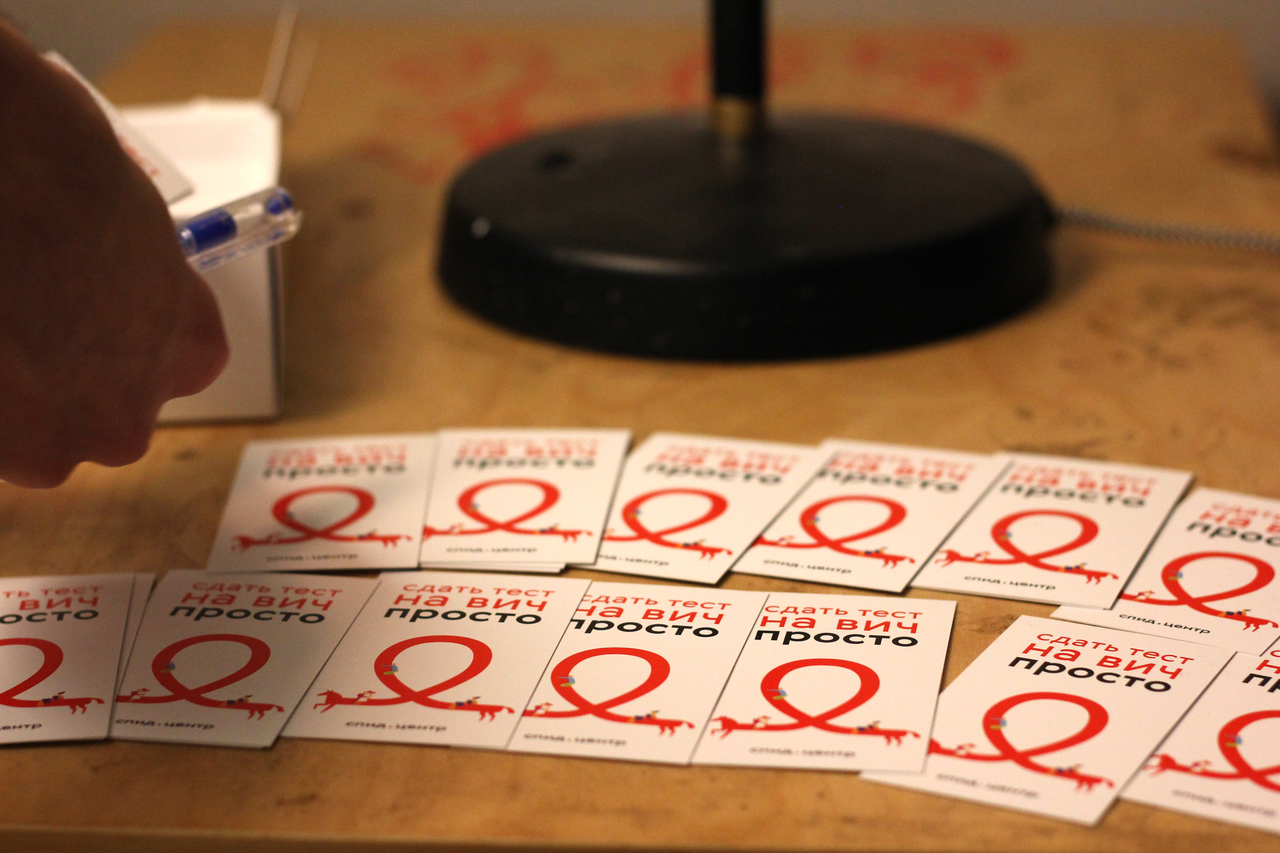 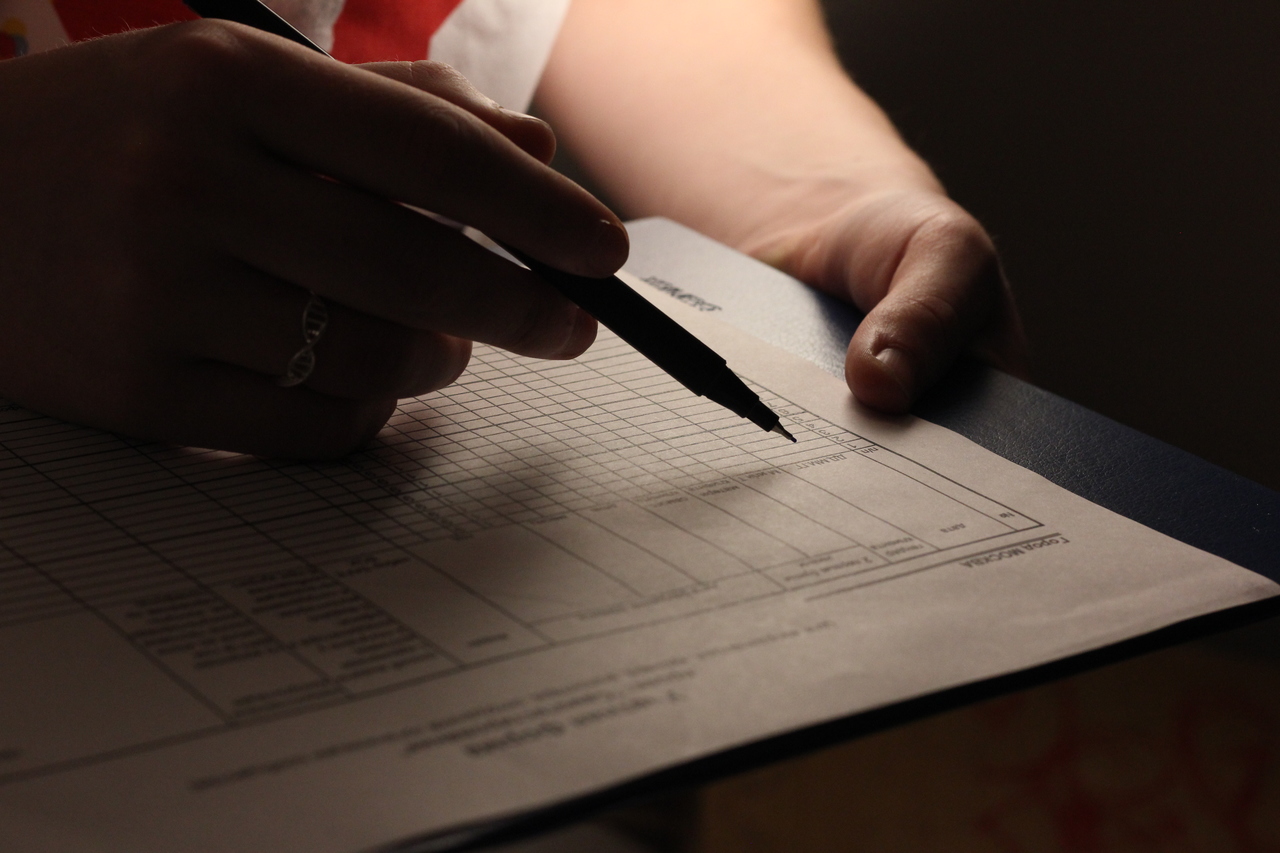 – The last party was widely promoted; you were mentioned simultaneously by several major media outlets. Was the public different from your customary visitors? Has the atmosphere changed a lot?

Yes, but opening the doors to a larger audience, deciding to go public, we are ready for a different crowd, for all sorts of people. That is the point of the party. Some of the audience came for the first time. “Dissident” is a small basement, it is so home-like and cosy, and people already know what to do and how to let themselves go. And here we've got a lot of space and new faces.

– Straight to the point. Traditionally, gay parties are associated with travesty shows, sequins, saccharine music... In short, “in Louboutins”.

Well, in any European city there are places with sequins and sparkles. At the same time, if you want to listen to good techno and you are gay, you are welcomed at techno-themed parties. Before us, this did not exist in Moscow.

– I mean, your parties are way different - it is something completely divergent. That is to say, in fact, it is an alternative variation of the gay subculture. And these are entirely dude parties, masculine parties.

This is not an alternative. There is such an important thing... We, as hosts, despite our quite masculine nature, demonstrate maximum tolerance here. It should not be like this: you are too feminine for a gay, you are too brutal for a gay. Because we want to really be accepted in heterosexual society regardless of how we look and how we behave, right? So it means that inside this community we have to accept everyone as they are.

– So, do you for example, go to the so-called "in Louboutins" parties?

Me, no. I've been to the "Central Station", and some other places... But I like a different audience, and different music. It's just not mine.

– "OK" There have already been attempts to make "boys only" dance clubs for gays in Moscow. But if in Berlin, everyone is cutting loose and having fun during queer parties, here people stand on the dance floor with such serious faces... as if someone is about to read out the president’s speech.

I get the same feeling in "Central Station" and "Mono". That's how I see it... The clubs you are talking about, they are more often a “face market”. That is to say, you are standing really serious in the corner and waiting for someone to pick you up. It is not like that here.

– But in general, your operating aesthetics are based on sexual objectification. A partner is, in principle, just a body.

Not always. Of course, our events focus on inner freedom and sexual emancipation. And this is exactly what Moscow was missing so much. However, we have a lot of stories of guys  that developed relationships specifically at our parties. Moreover, these couples are still together now. So everything is very individual.

– Your parties have an absolutely over-the-top reputation, even among Moscow gays. I was told recently that in your place “there is fucking right on the dance floor”. Is this just a rumour or has it really happened?

Yes, it happened. But not in “Pluton” or in “Dissident”. It's all god's honest truth. (smiles happily)

Because... Well, what else is the meaning of the word "freedom", if not this? And yes, we like it when people do what they want.

– In Berlin, PrEP is absolutely normal for everyone who goes to such parties. What about this in Russia?

In Russia, almost no one uses PrEP, and not everybody can afford "Truvada", so the only preventive measure is a condom. We wish it were different. But so far this is how it is. 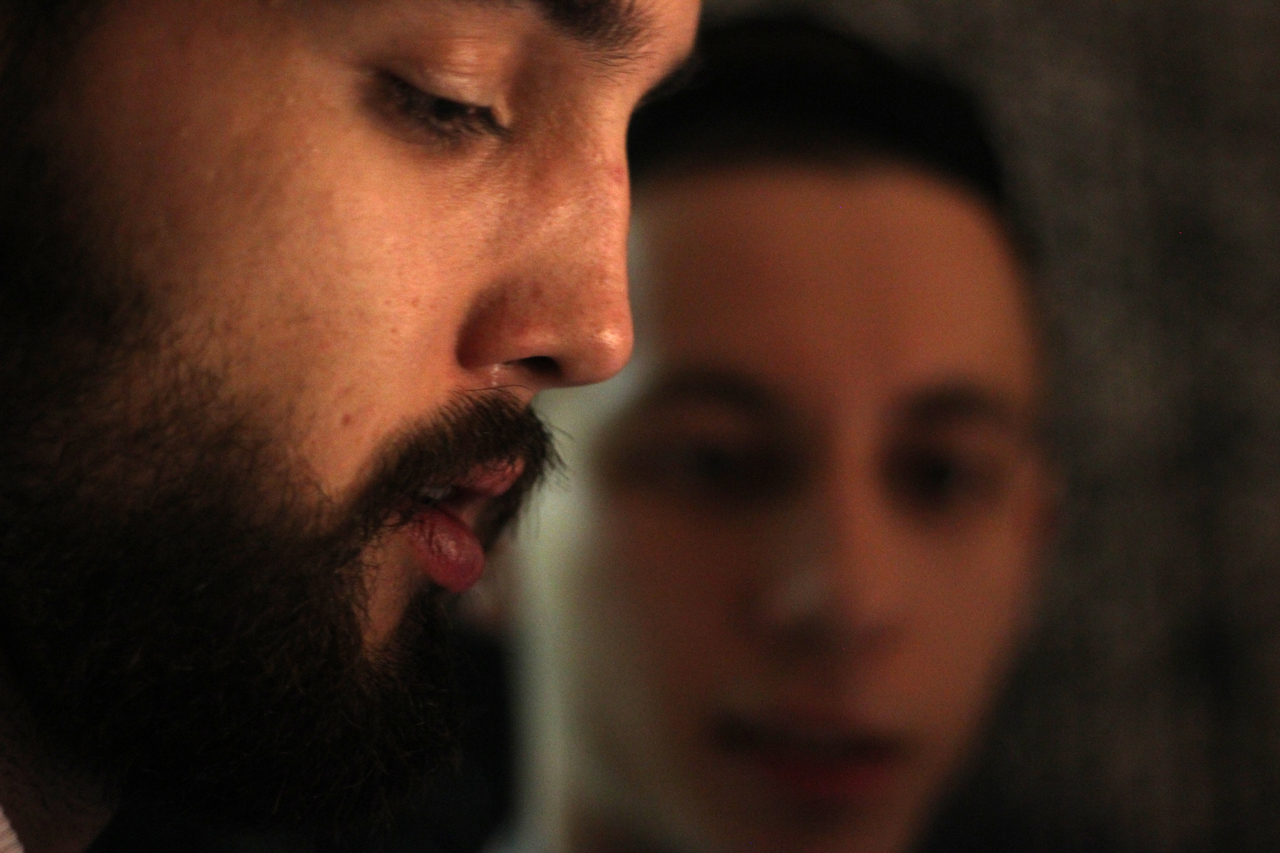 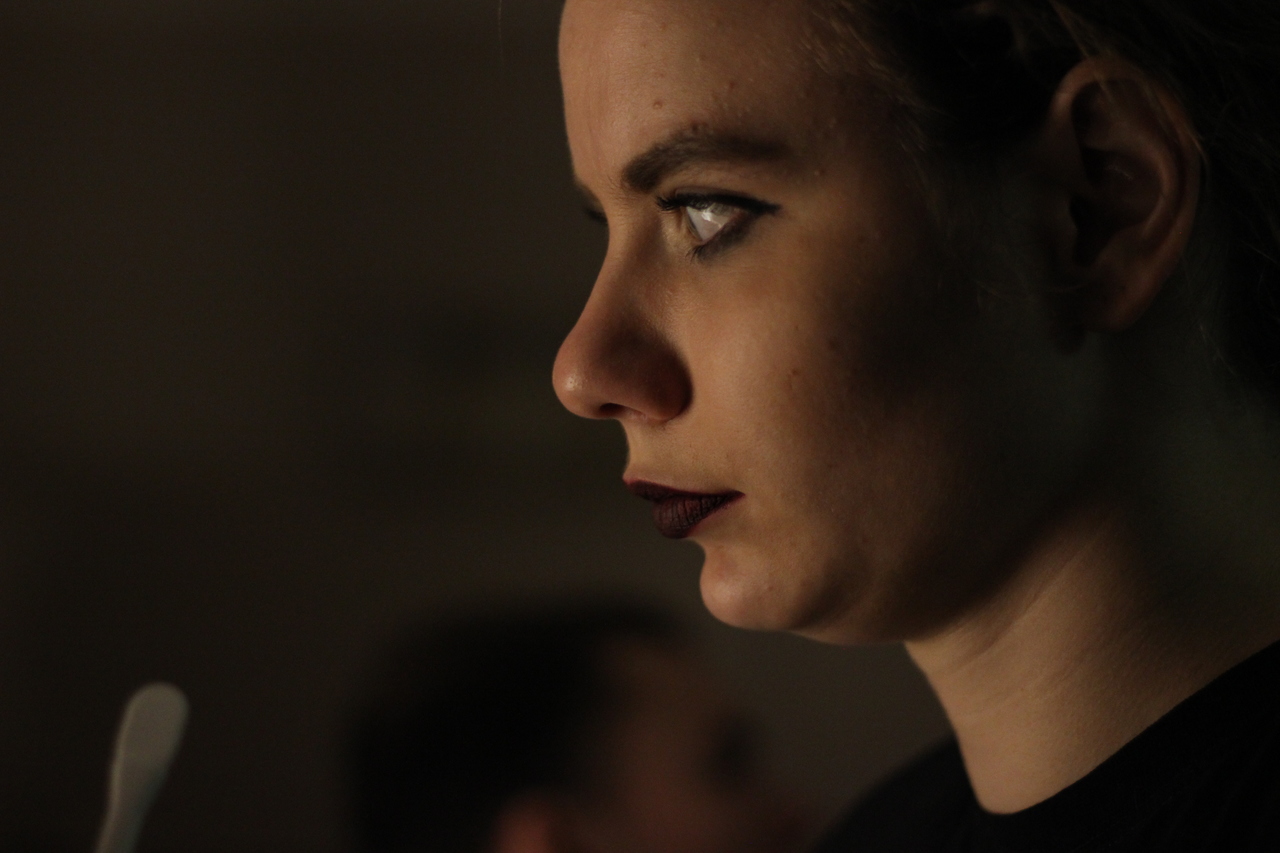 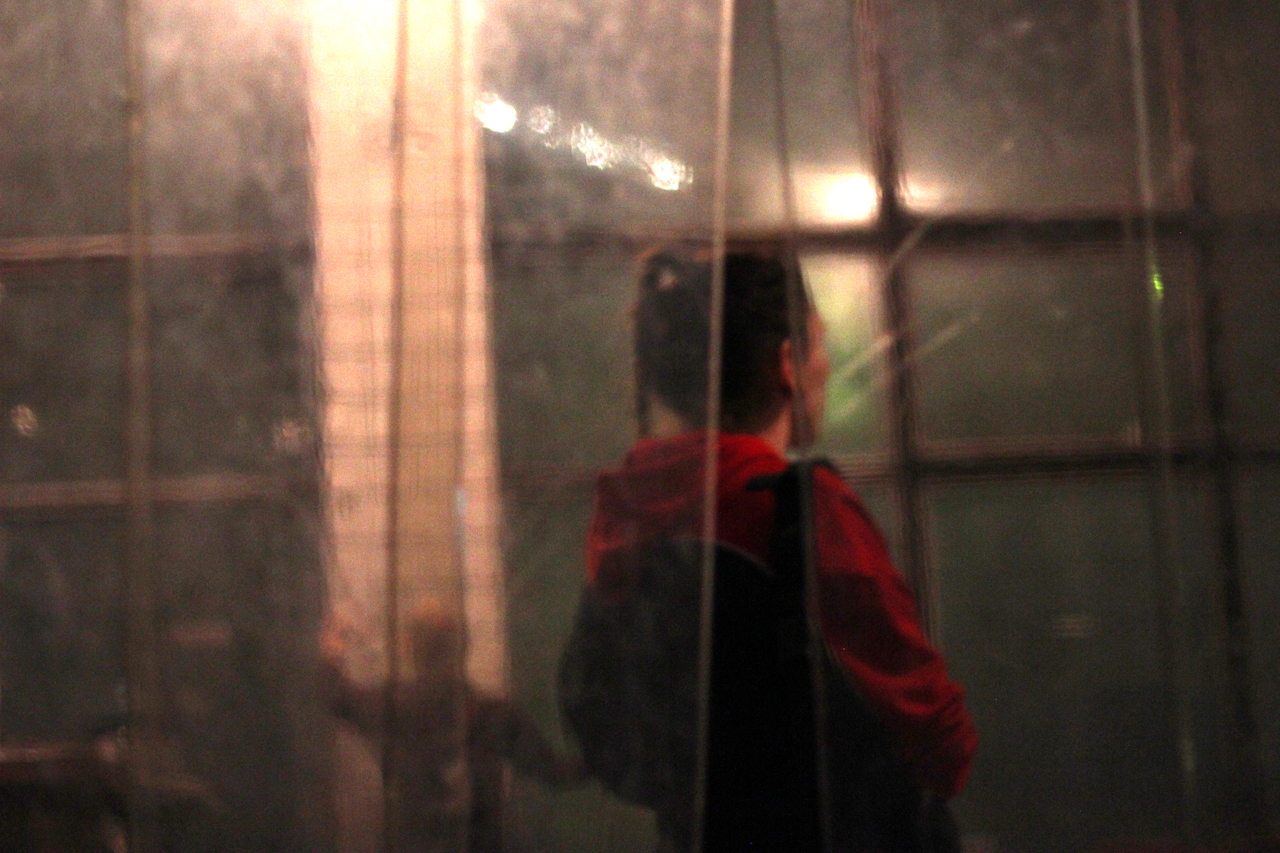 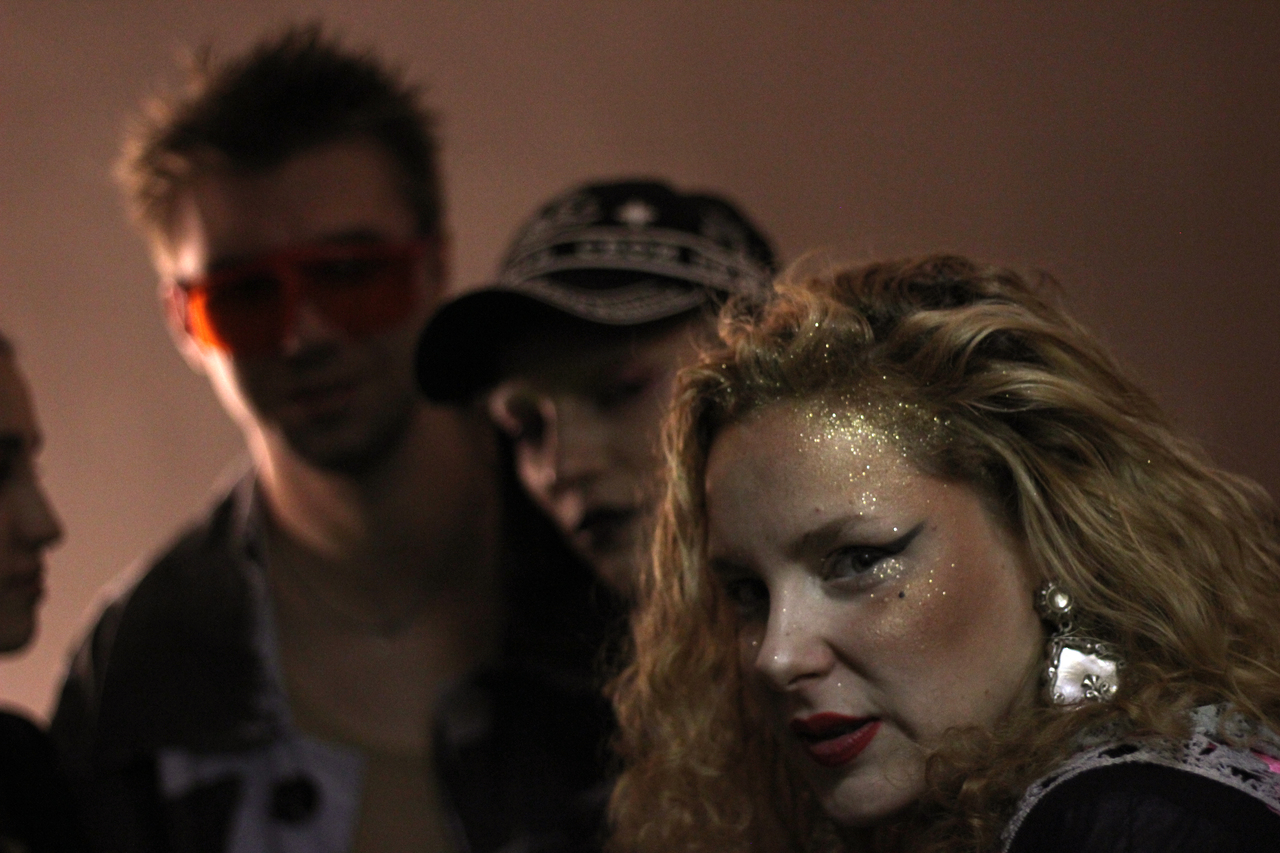 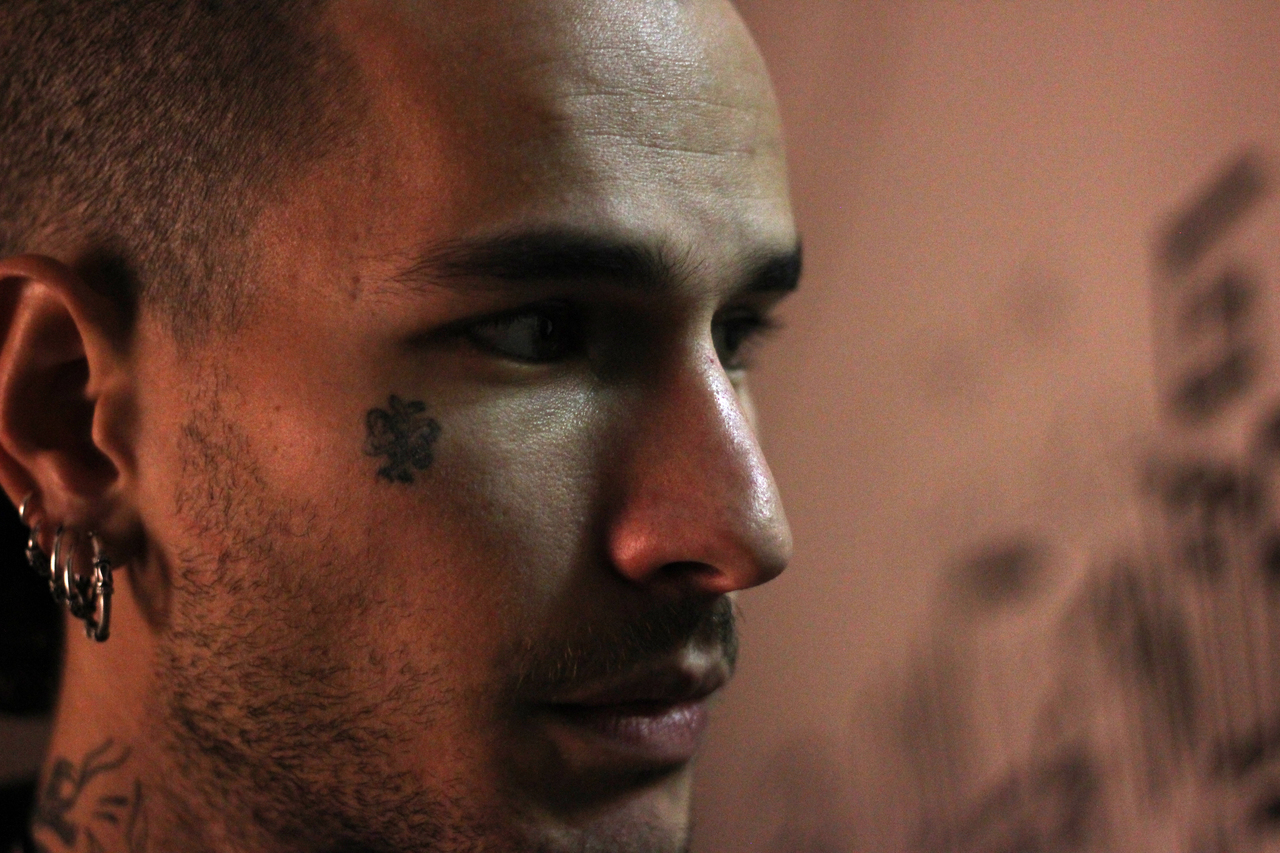 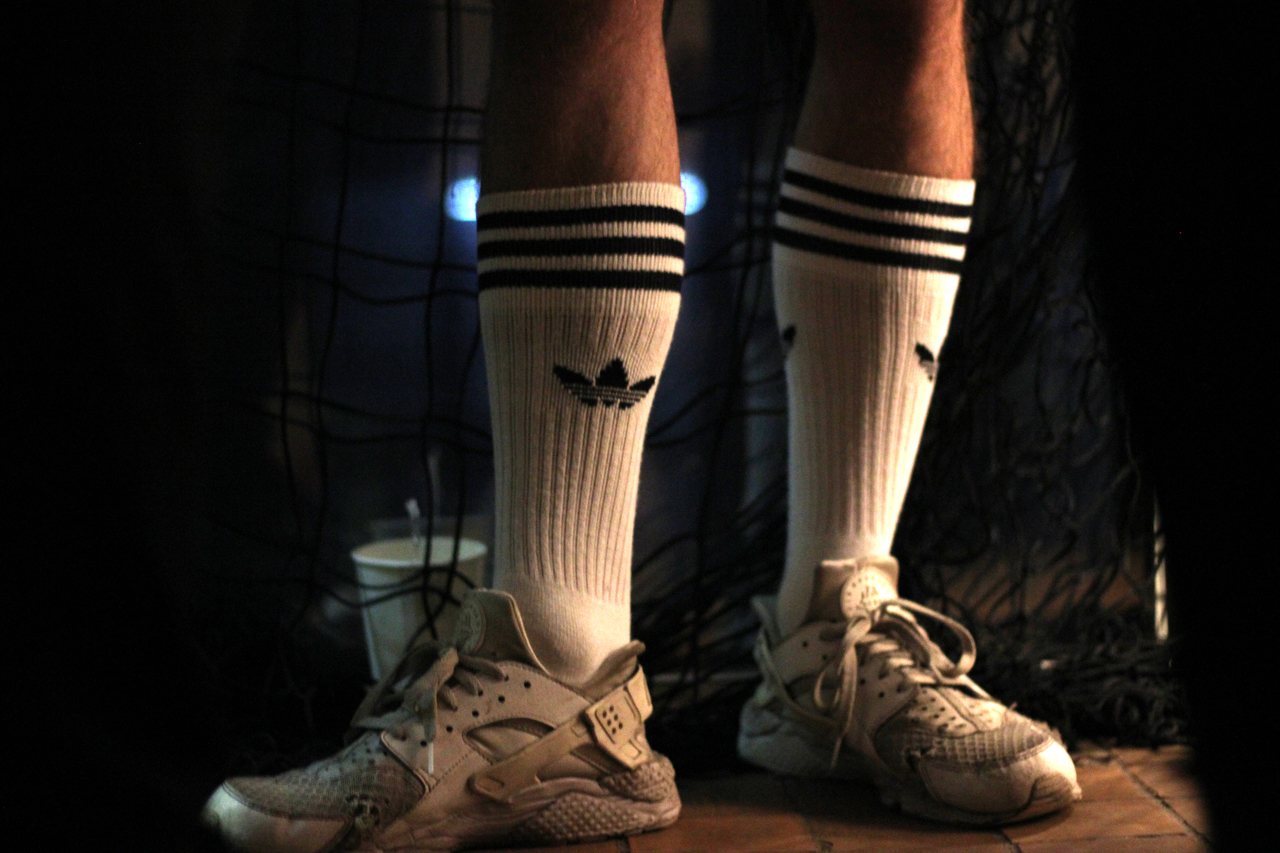 – By the way, about Berlin: you said that you got acquainted with the dudes from "Berghain" by accident. what do you mean by "accident"? Tell the story.

Back in Moscow, I met a guy in a club. I really liked him, so I walked up to him. He turned out to be an American. Living in Germany. In short, we spent the night together, and he told me that if I ever wished to come to Berlin, I should call him. And that he'd show me what's what over there.

Half a year later, I actually went to Berlin with my friends. I wrote to him. He invited me to a party. And it was like... I went and felt like a child in a pastry shop. Awesome music. About a hundred guys around, and it was obvious that they were all gay, and damn... so beautiful! I was standing there thinking: so what do I do, how do I talk and to whom? In short, I got to know the DJs performing. I said I wanted to invite them to play in Moscow. First they refused, but since I was eloquent enough, they agreed. They were the first DJs I brought to Russia.

– Did “Popoff Kitchen” start off with them?

No, for some time we brought DJs to regular houses in Moscow, but after two years, I realized that I wanted to make a party purely for gays: whether it be big or small, that wasn't important.

– Did you have any problems with the staff? You use spaces that are not yours. In a gay club, everybody – security guys, cleaners, etc. – all know where they are working. And here we have a private security company at the entrance.

There have been no incidents. Neither in “Pluton” nor in “Dissident”. Of course, we talk with the management and the staff. We tell them what they are going to see... Because in any case, it will be a shock for them. But apart from one episode in "Squat", there have been no aggressive altercations.

– Well, where and when is the next party? In "Pluton" again?

No. It will be on December 15, in a new place called “Culture House”. We are bringing a very interesting programme there; the key theme of the event is the study of boundaries between pornography and art. It will be a very sexy party. We are preparing a few surprises for it, but we'll keep it a secret for now.