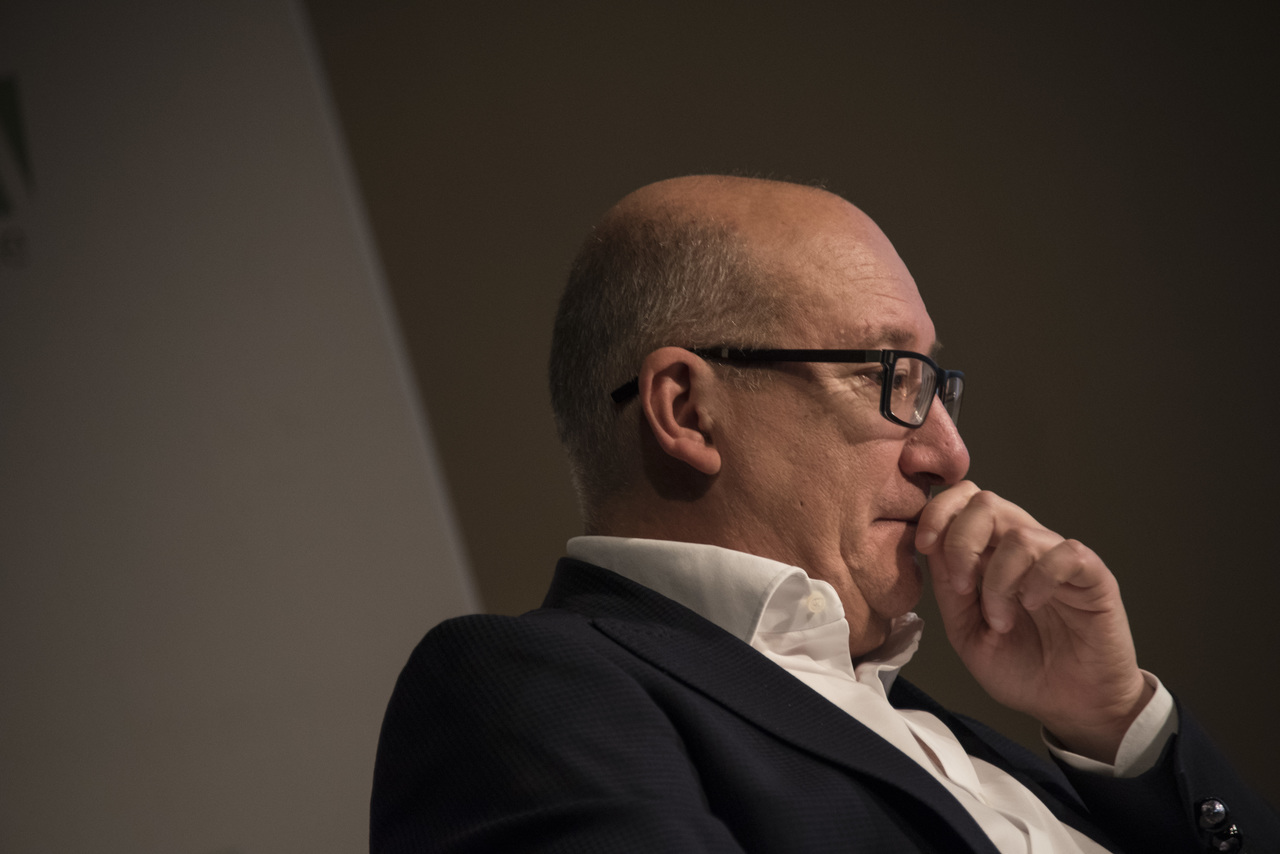 Alexander Pronin: We Obviously Have a Problem With HIV

AIDS.CENTER talked to Alexander Pronin, chief specialist of the Ministry of Health of the Moscow Region in HIV prevention and the fight against AIDS about the epidemic, the results of the "decade of progress", cooperation with NGOs as well as prospects for eliminating the virus.

– This year, the world is going to assess the results of the 90-90-90 programme. According to it, to keep the HIV epidemic at bay, 90% of HIV-positive people should know about their status, 90% of them should receive antiretroviral therapy, and 90% of those receiving it should have an undetectable viral load.

When UNAIDS declared these goals, the 2010s were expected to become a "decade of progress". Russia has failed to meet any of the set targets. Were the 2010s a "decade of failure" for our country?

– I would not say that. We have also made progress, but our own one. The global results of the 90-90-90 are as follows: 79% of people with HIV are aware of their status, 78% of them are receiving treatment, and 86% of them have an undetectable viral load.

Everyone wants the results to be 90-90-90, just as was planned. But only a few countries have reached the figures stated by the UNAIDS ten years ago: Botswana, Cambodia, Denmark, Iceland, Singapore, Sweden and the United Kingdom. Meanwhile, Mexico, for example, which hosted the world's largest conference on HIV and AIDS – IAS 2019, has not reached the goal.

Does this mean there has been not been any progress there? No, they've made progress as well.

– Well, only 38% of HIV-positive Russians are getting treatment. Isn't that a failure?

– When the Russian Service for Supervision of Consumer Rights Protection and Human Well-Being mentions 38% – by the way, today it is about 45%, we should keep it in mind that they are calculating it from one hundred percent. I'm aware of the figures you're referring to. They were announced by Vadim Pokrovsky, who I know personally and respect a lot.

But you need to understand that if you calculate 90-90-90 from one hundred percent, it will be like this: 90% know about their status, 81% are receiving ART, and only 73% are living with a suppressed viral load. And these would be the ideal numbers.

In practice, if we look at this "cascade" on a global scale, the average value for the second figure today is about 60%. Who are we comparing ourselves to? If we take the overall statistics, our 38%, well, 45%, is, of course, little. But it's not a "failure", believe me. 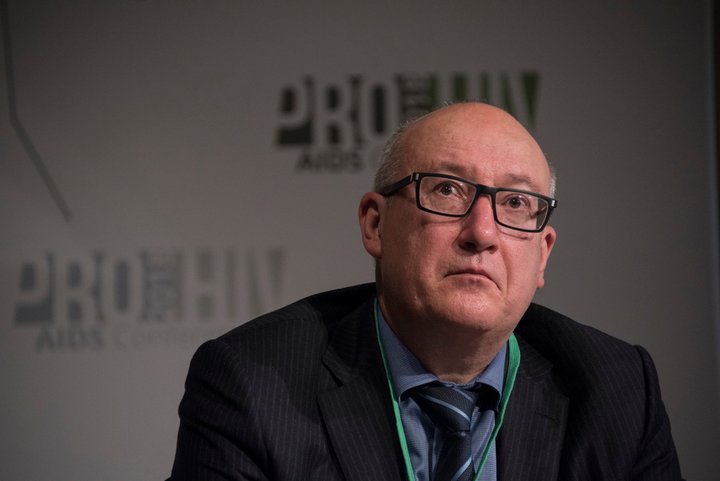 – So you might say that we passed our exam only with D, which is a poor result. However, we are permitted to enter the next term with it.

– And why couldn't Russia do better in achieving the goals set?

– I can't speak for the whole country, because I'm the chief specialist on HIV and AIDS in the Moscow Region. There are about 40 thousand people in the region who have HIV. 34 thousand of them are aware of their diagnosis, and are registered with the regional AIDS centre. That is, almost 85%. More than 26 thousand of them are receiving therapy.

That is quite a good result. Moreover, 85% of them have a suppressed viral load. So our cascade is 85-76-85. In this way, if we take the Moscow Region separately, then it has approached the goal set for the decade. Speaking of treatment, the proportion of people with a suppressed viral load is approximately 65% if calculated from 100.

— By the way, no one is publishing the statistics on the effectiveness of treatment in Russia.

— It's true. We don't know the exact figure for Russia. And this is the key figure, even though it is often neglected, because according to the National Strategy, we have only two target figures – check-up coverage and treatment coverage. So these are the figures that get published.

"According to modern concepts, treatment is considered effective only when the patient's viral load is zero. End of story. Other than that, it's ineffective"

According to modern concepts, treatment is considered to be effective only when the patient's viral load reaches zero. End of story. Other than that, it is ineffective. Because an undetectable viral load means that a person is no longer a source of infection. They cannot transmit the disease to anyone, and that's exactly what we need to fight the epidemic.

Even if you have identified 100% of people with HIV, but the treatment is poor, they continue to pass on the virus to others. In this case, there is no use in that hundred-percent identification.

– By the way, to what extent can these 90-90-90 be considered a real tool for controlling the epidemic? Or is it rather some kind of a formality, a bit of a fetish?

– It's hard to say whether these figures are just a fetish. It's a complex issue. On 23 September, the international conference PROHIV 2019 on HIV and AIDS will start in Skolkovo, which will bring together Russian and foreign experts to talk precisely about this issue. There will be a whole section dedicated to modelling the epidemic. It's going to be quite interesting. So let's wait for experts to voice their opinions there. However, I myself want to say the following: achieving these figures will undoubtedly have a significant impact on the epidemic.

Firstly, when more than 50% of people living with HIV are excluded from the epidemic process, the spread of the disease really slows down. And this is not just an ephemeral "drop in growth rates", but a very specific decrease in the number of new infections per year. That's what we observe in the Moscow Region.

I can say with full responsibility that the HIV morbidity rate in the region dropped by 8% last year. Roughly speaking, this is three hundred new patients less than in the previous year. Is that a lot or little? I believe these are good and tangible results.

Is this enough to defeat the epidemic? I doubt it. But you need to set some target figures to fight it. It doesn't matter whether you strive for 90-90-90 or 95-95-95. The main thing is that you have these targets.

– By the way, according to Mr. Pokrovsky, the number of new cases is not declining overall in Russia.

– Let me make it clear right away. We obviously have a problem with HIV. Everyone can see it. All the experts see it.

"Even if you have identified 100% of people with HIV, the treatment is poor, and they continue to pass on the virus to others. In this case, there is no use in that hundred-percent identification"

To be honest, I find the controversy over the figures reported by the Ministry of Health and the Pokrovsky ones a bit weird. How many HIV-positive people are there in Russia? 920 thousand? No? A million? For some reason, these figures are politicised in our country, which leads to insane and violent disputes.

How many new cases do we have every year? 86 or 88 thousand? I personally don't see much difference. Both 86 and 88 is a lot, given that the issue is not about reducing the number to 85 thousand, but defeating the HIV infection altogether.

– Is this goal at all achievable?

– I believe it is. To do this, we need proper treatment and proper engagement of vulnerable groups.

– Now that you've mentioned vulnerable groups, what do statistics say about them? For example, how many gay people in Moscow or in the region have HIV?

– So, every tenth gay person in Moscow and the Moscow Region is living with the virus, right?

— Every tenth man who has sex with men, or MSM. That's the terminology we use.

– And what about intravenous drug users, or male and female sex workers?

– Sex workers are much less affected than MSMs. Their figure is about 3 to 3.5%.

– Yes, this was a revelation for us too.

It turned out that competition in this industry is extremely high in the Moscow Region, so commercial sex workers, as we generally call them, pay quite a lot of attention to their health.

However, the epidemic cannot be defeated unless we engage them. These so-called vulnerable groups are like vessels that communicate with the general population. If you do not defeat the virus in them, then you will never be able to defeat the epidemic.

"Today, HIV eradication sounds like fiction. But if we give up this goal, we'll never get anywhere."

It is more difficult with drug users. Here, we can only talk about those who have asked us for help, but there is a huge number of those who we simply cannot reach.

We are working in this direction with HIV-related NGOs. Without the important work they are doing, I must confess that nothing could be achieved.

– How much does the Moscow Region spend on combating HIV every year?

– The region has been running a programme called "Healthcare in the Moscow Region". This is quite important for us. About 800 million roubles are allocated for treatment alone under this programme. The region provides a little more than half a billion for diagnostics.

– You are the only centre in Russia where the "same-day treatment" approach is practised, which means early initiation of therapy when patients are given pills on the day they are diagnosed with HIV. It is recommended by WHO and is used in all developed countries. This year, San Francisco, which was the first to test it, reported a record low of 200 new cases per year. The city used to be the centre of the epidemic at some point.

Why has no AIDS centre other than the regional one switched to this approach in our country?

– We were simply the first. We really wanted this. So we implemented it. I don't see any management difficulties here.

You have to understand how many people will come to you. There are formulas that can be used to calculate this. We know roughly that we have 3,000 new cases a year per 7.5 million people. That is how many people are now registered in the Moscow Region. Approximately half of those identified visit the centre within the first year of their being diagnosed with HIV. In total, about 70-80% will apply for medical help. Consequently, 20-30% are already in the later stages of the disease.

Taking all this into account, the application is formulated and sent to the commission within the Ministry for approval.

– So what is the problem?

— The total number of courses that are purchased for the entire country is limited. That is, the budget is established based on the principle of "Here's a certain amount of money, fit into it."

This amount is reviewed and raise regularly, but it is clearly not enough. Chief medical officers of regional centres are simply afraid that there won't be enough drugs for them, so they claim a lower coverage. Besides, they are afraid to take too much.

Why? I can't explain that.

– Let's come back to the eradication of the virus. WHO is committed to eradicating the epidemic by 2030. Aren't these plans too ambitious for Russia? Do they even concern us?

– Yes, they directly concern Russia. Today, HIV eradication sounds like fiction. But if we give up this goal, we'll never get anywhere. Medicine has many times set such ambitious goals, and the first reaction would always be: "Come on, that's impossible." However, after a while, achieving them would turn out to be a reality.

– Can you give an example?

– Stopping mother-to-child transmission of HIV. The first impulse was to say, "We can't do that." However, after two or three years, this mode of transmission was almost defeated. We shouldn't be afraid of ambitious goals. I strongly believe that