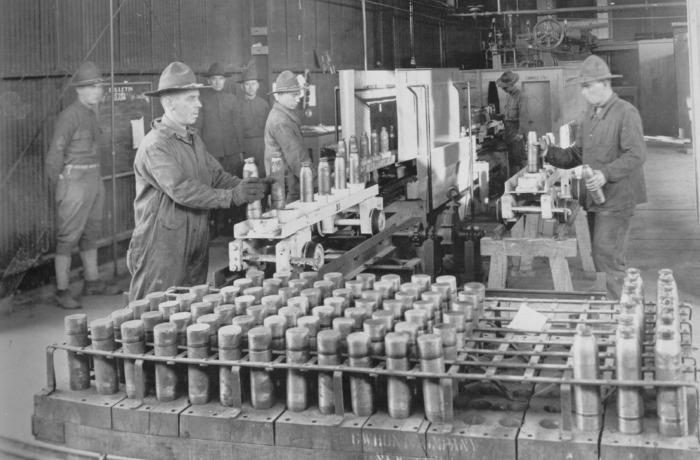 Operation INFEKTION: How the KGB convinced the world that the Americans had created AIDS

In 2020-21, we heard rumors that Covid-19 had been created in a Chinese laboratory. Now imagine the rumors and conspiracy theories about HIV that were out there 30-40 years ago, when the world was only beginning to learn about a new, mysterious illness, then known as AIDS, which was steadily spreading and meant an ambulance and unavoidable death. Operation INFEKTION was afoot.

But first thing’s first. In 1983, a story headlined “AIDS may invade India. Mystery disease caused by US experiments” ran in the Indian paper Patriot, the author supposedly a “well-known American scientist and anthropologist” who wished to remain unnamed.

The story claimed that AIDS had been created in the laboratories of a research institute at Fort Detrick in Maryland as part of the Pentagon’s biological weapons program. Then came the shocking details: scientists had specially traveled through Africa and Latin America, looking for lethal viruses unknown to other parts of the world, which eventually led them to AIDS. Readers learned that the Pentagon was planning to continue their experiments in Pakistan, whence AIDS could now easily slip into India.

Two years later, in October 1985, the Soviet Literaturnaya Gazeta came out with a story titled “Panic in the West, or what is being hidden behind the sensation around AIDS?” The author, Valentin Zapevalov, had been a long-time Soviet press correspondent in West Germany. Citing the Patriot article, he told the same story: AIDS had been developed in a US laboratory. “They seem to have infected some donor blood, which in the early stages of testing was used on unsuspecting patients during surgical and other operations. Separate testing could have been carried out in Haiti (remember that satellite country of the US?), as well as certain groups in the US population, first and foremost the dregs of society like drug users, homosexuals, the homeless…,” wrote Zapevalov.

After Zapevalov’s story, the Soviet press launched a massive campaign to spread this conspiracy theory. That the Americans had created AIDS and were infecting people with it was written about in union- and republic-level publications, reported by the information agency TASS, and broadcasted on television and radio, while Literaturnaya Gazeta even returned to the topic a few more times. Taking their cue from the Soviet press, papers from Soviet-friendly countries in the developing world started to spread these claims as well.

The US ambassador to Moscow at the time, Arthur Hartman, tried to put a stop to the hysteria and wrote letters to the editors of Soviet papers, but failed to achieve anything.

Interestingly, Soviet journalists continued the line despite the lack of any kind of support from scientists, including from the Soviet Union. Leading Soviet virologists and epidemiologists, those like Viktor Zhdanov, the director of the Ivanovsky National Research Institute for Virology, and Albert Bykovsky, attached to the Gamalei National Research Institute for Epidemiology and Microbiology, gave interviews and published articles, saying that AIDS had come from Central Africa and was related to a virus found among monkeys in that area. Even the deputy head of the Soviet Health Ministry’s directorate for infectious diseases, Igor Drynov, called the story that AIDS had been manmade “unlikely.”

The only scientist that the journalists spreading this conspiracy theory could cite was biophysicist Jakob Segal. A former professor at Berlin’s Humboldt University, already retired, Segal – who was constantly referred to as a “French scientist” by papers in the Socialist Bloc – wrote a report titled “AIDS – Its Nature and Origin,” which later was made into booklets and handed out in Africa. He put forward the “hypothesis” that AIDS had been created in the US, where incarcerated homosexuals had supposedly been infected with it. In fact, he did not present any evidence to support this. Moreover, he was a not a “French scientist” – but we’ll come back to that.

Segal was repeatedly criticized by other Western scientists. In particular, the AIDS expert from West Berlin Meinrad Koch stated in an interview that Segal’s hypothesis was “complete trash… a malicious, pseudoscientific, political fantasy.”

Yet the fake news did not die: in total, publications accusing the US of creating AIDS came out in 80 countries.

The circle closed in 1987, when the conspiracy theory finally found its way into the US press. The AP was the first to report that AIDS had potentially been created in a US military laboratory, which was then repeated on the CBS evening news.

The US government took the spreading of rumors about the manmade origins of AIDS seriously. Such accusations undermined confidence in the US among third-world countries, putting at risk various agreements and US military bases abroad. The public in countries home to these bases (for example, in Pakistan, mentioned in the original Patriot article) could hardly have been elated by the thought that experiments with a deadly virus were being carried out in their backyards.

The US government launched its own investigation into where the conspiracy theory had started. In 1987, US Deputy Secretary of State Kathleen Bailey convened a press conference at which she presented a detailed report on the issue. She said the fake news had been invented by the KGB with the aim to discredit the US, undermine its relations with the developing world and shift attention away from the Soviet biological weapons program.

Jumping ahead, today we have no reason to doubt the validity of Bailey’s claims. Indeed, in 1992 the Director of the independent Russia’s Foreign Intelligence Service Evgeni Primakov officially admitted that the anti-American fake news had been invented by the KGB.

Why was it precisely in the Indian newspaper Patriot that the initial accusations were made? The fact of the matter is that the publication, launched in 1962, had strong ties to the Soviet Union. Its founder, an Indian activist named Aruna Asaf Ali, had even been awarded the International Lenin Peace Prize. According to former KGB officer Ilya Dzhirkvelov, who defected to the West in 1980, Patriot had originally been launched at the behest of the KGB as a means for spreading disinformation beneficial to the Soviet Union. He claimed that he himself had worked on launching the publication.

However, the Patriot article was only a trial balloon. The full disinformation operation was actually launched in 1985. It said as much in a memo sent by the KGB to its Bulgarian counterpart (the document, as well as another mentioned below, was found in the Bulgarian archives by German historian Christopher Nehring). “The aim of the exercises is to create the opinion abroad, which is favorable to us, that the disease [AIDS] is the result of secret Pentagon and US special service experiments with a new form of biological weapon that went out of control. It would be helpful if you could join in carrying out the mentioned exercises by way of your connections in party, parliamentary, civil society and journalist circles in Western and developing countries,” said the top-secret memo.

In another KGB memo also sent to Bulgaria, it said that thanks to the combined efforts of Soviet, East German and Czechoslovak special services, the anti-American version about the origins of AIDS had been successfully spread: “Without our pushing, the story was seized upon by a number of major bourgeois papers, in particular the British Sunday Express, which gave the story additional believability and credibility.” As is usually the case, those who published the fake news on orders were followed by those who spread it voluntarily and even believed it could be true.

According to Stasi documents, the AIDS disinformation operation was named “DENVER.” That the operation was codenamed “INFEKTION” claimed former Stasi officer Günter Bohnsack, a version taken up and spread by the media, though no confirmation has been found in the archives. One might find it amusing that the generally held name of this major operation to spread disinformation also turned out to be a fake of sorts.

According to the correspondence between the Stasi and its Bulgarian counterpart, a key role in the anti-American campaign was played by the report of the abovementioned Yakob Segal. The Socialist Bloc press called him a “French scientist” likely in order to underscore the independence of his “expertise.” Segal, who was Jewish, in fact had lived for some time in France, whither he had fled to from Germany in the 1930s, fearful of persecution by the Nazis. In 1940, he received Soviet citizenship (on the grounds that he had been born in Lithuania), and only in 1953 did he return to Germany – notably to the socialist East.

Whether Segal had connections with the Stasi is now not a matter of debate, though it is hard to say exactly how independently he acted. Segal later said that on his own initiative he had investigated the American “trail” in how AIDS had originated. Meanwhile, 90% of the Stasi documents on Operation DENVER were either destroyed or disappeared without a trace in 1989-90.

The scale of the harm to the fight against AIDS done by the spreading of these fabrications is hard to estimate, though harm was undoubtedly done. The US for a while refused to cooperate with the Soviet Union to contain the epidemic, demanding that the Soviets first cease spreading lies. In the third world, the rumors and speculation got in the way of informing the public about AIDS and how people should protect themselves (for example, rumors circulated in Africa for some time that the US was sending condoms infected with AIDS).

The lies about the manmade origins of AIDS have endured, outliving the country that spread them. According to survey conducted by the University of Oregon in 2005, around 50% of African Americans thought that AIDS was manmade, with 12% of respondents claiming the CIA was responsible for its creation. Another 15% were certain that AIDS had been created specially to eradicate the black population. 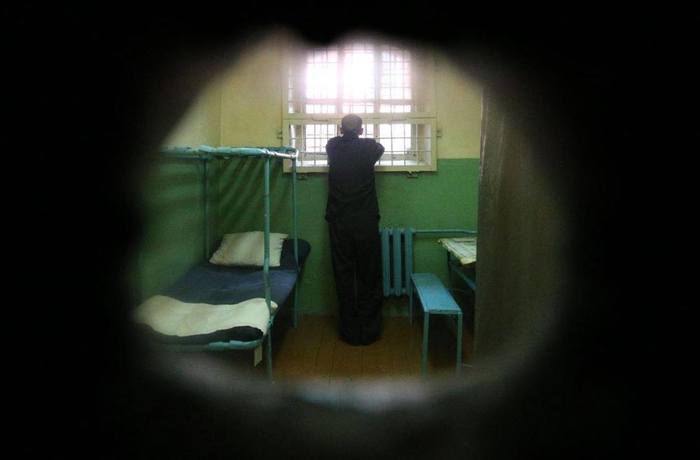