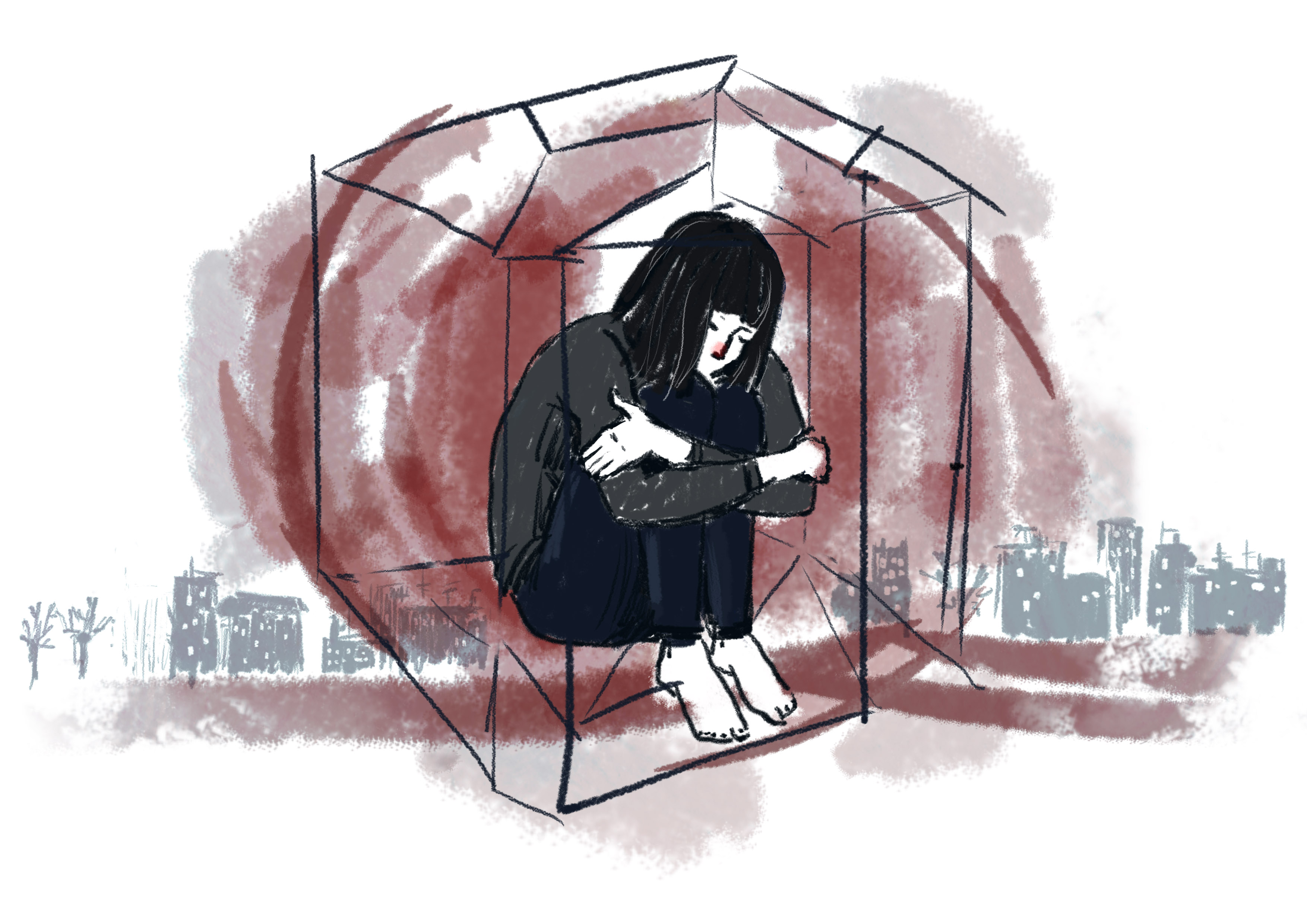 You're having a baby... and HIV

Olga found out that she is HIV positive in a well-woman clinic at 12 weeks pregnant. AIDS.CENTER tells how she was dealing with it and where she turned to for help.

Olga is 31, her daughter is 6 years old now. Olga has gone through a long road of acceptance of the diagnosis and now she can safely say: "Now I know how I could be helped. But back then nobody offered anything like that".

She dated a young man, for some time they even lived together, but they did not make any big plans for a future together. By the time Olga found out she was pregnant, the relationship had already begun to deteriorate. She decided to keep the pregnancy, even though it was very likely that she would be raising a child without the help of the biological father. In the well-woman clinic, the planned examination at registration was delayed. At first, the result of the HIV test was lost. When Olga came again and took a blood test once again, the result did not come for a long time, but time passed. When the lady had already forgotten about the examination and was happy about her future child, the clinic called her home phone in the morning: "Your test results came. You are HIV positive. Come". 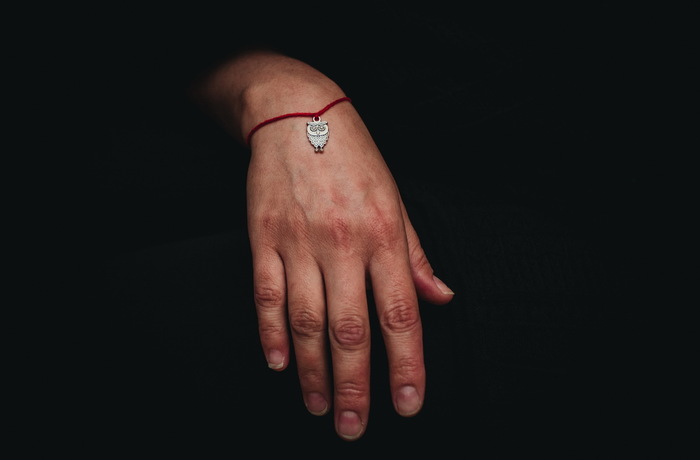 "Baby, tell me how you put a condom on": how HIV prevention is set up among sex workers

Olga lives in a small town, so small that it is extremely important for all its inhabitants to be aware of everything that happens to people living next door. All families are somehow acquainted with each other: someone's children study with someone, someone's mother works with someone, someone's father got drunk with someone's father and stabbed someone. All this is very interesting to talk over, especially if someone’s daughter started dating someone’s son who uses drugs, and this daughter is now pregnant.

First of all, after the well-woman clinic, Olga arrived at the AIDS-center at the 12th week of pregnancy. Away from her town, closer to the answers to hundreds of her questions. She arrived and understood absolutely nothing. She had to visit several consulting rooms, where different doctors were explaining something, but she only had the fear and the feeling that everything does not look like reality. Like her life.

"In the end, I managed to hear the words of one doctor, — Olga recalls. — She broke through the fog of my conscience and explained to me what HIV is. Before hearing her, it seemed to me that all the other people in AIDS-center spoke a language I didn't understand, that they spoke to themselves, and not to me. Then I was told to go to the consulting room of a social worker, and, for some reason, he asked me: "So what are you going to do?"

"This inappropriate question dropped me below the ground level, - the lady continues. - After that, six months before the birth of my daughter, I was in a state of silent stress — I did not talk to anyone and constantly thought: "What should I do now?"

At that moment, the only thought that she had was to do everything possible to ensure that the child would be born without HIV. She was given some brochures and she immediately hid them deep in her bag. Returning home, in a half-empty train, she read some of them, got even more scared and, getting out on the platform of her station, threw the literature out in a trash bin.

"In the morning they called a home phone for the clinic: "Your test results came. You are HIV positive. Come"

"I was so scared and confused, that for a long time I could not even type “HIV” in the search engine, I was afraid of information because I was completely alone with my trouble, — Olga says. —  A month later I realised that now I could only question the gynaecologist of the infectious hospital, who monitored my pregnancy. There was no one else who knew that I had HIV".

From the 18th week of pregnancy, Olga was prescribed therapy to prevent mother-to-child transmission of HIV. Only one doctor told her why that therapy was needed. "I understood: this is exactly what I should do now. I poured the pills into other jars and continued keeping silence at home, nobody knew about my diagnosis until the birth of my daughter", — she adds.

In the middle of pregnancy, something changed the lady's attitude towards her illness and herself in general. Olga got minor indications into the city hospital for infectious diseases, into the antenatal department. And there, for the first time, she could talk about herself and listen to the stories of other HIV-positive women, to learn from their experiences, especially those who gave birth to more than their first child. In the wards, it is always boring, conversations are unhurried, like on a train between random fellow-travelers. The hospital's daily routine states: HIV-positive women are to be placed in wards together.

"So we had mini-groups of support for women, — she recalls the hospital life. — But this is if you are lucky with your neighbors. At times, some women even managed to use drugs or alcohol, or smoked cigarettes right in the ward at any stage of pregnancy, not paying attention to the neighbors and medical staff".

"This inappropriate question dropped me below the ground level. I did not talk to anyone and constantly thought: "What should I do now?"

“I was preparing for childbirth more calmly, I am still friends with the ladies with whom I was in the same ward, they helped me a lot. But anyway, immediately before the birth, several junior medical staff at the department asked me: "Will you take the child? Do you give birth for yourself or adoption?" Of course, this question brought me back again to the AIDS-center specialist, asking what I'm going to do. It seemed like no one needed children of HIV-positive women, even those women themselves. At least, this idea was communicated to me".

The girl was born safely. For seven days, the baby was given Retrovir in syrup, and by the time we left the hospital, there was no need to continue treatment. Olga stopped taking therapy on the advice of a doctor, supposedly she no longer needed the pills — at least at that time. After giving birth, the lady was left alone with her diagnosis again.

However, in the hospital, she also found out that there are several organizations in the city that help such young mothers with HIV who are in a crisis situation. When the postnatal depression attacked her, Olga called and asked just to talk to her. At last, employees of the 'Doctors to Children' organization and the 'E.V.A' Association helped her to finally get used to her diagnosis and realize that HIV does not make her worse than other women living without HIV.

"The most important thing is that I saw equal consultants, women with the same diagnosis as mine, the only difference is they knew the answers to all my questions, —  says Olga. — At the very beginning of my life with HIV, I lacked such specialists. Of course, I needed them badly. It's good that I met them, better late than never. After a while, I was able to tell my mother that I have HIV. I started ART. I learned to love and appreciate myself, not to blame myself, not to blame that young man. It is quite easy for me to say now that I live with HIV, I know that there is equal support. And if it becomes difficult for me again, if I begin to get depressed because of the diagnosis, I can always call the girls from the organizations. And they will understand me, they will speak with me in the same language".