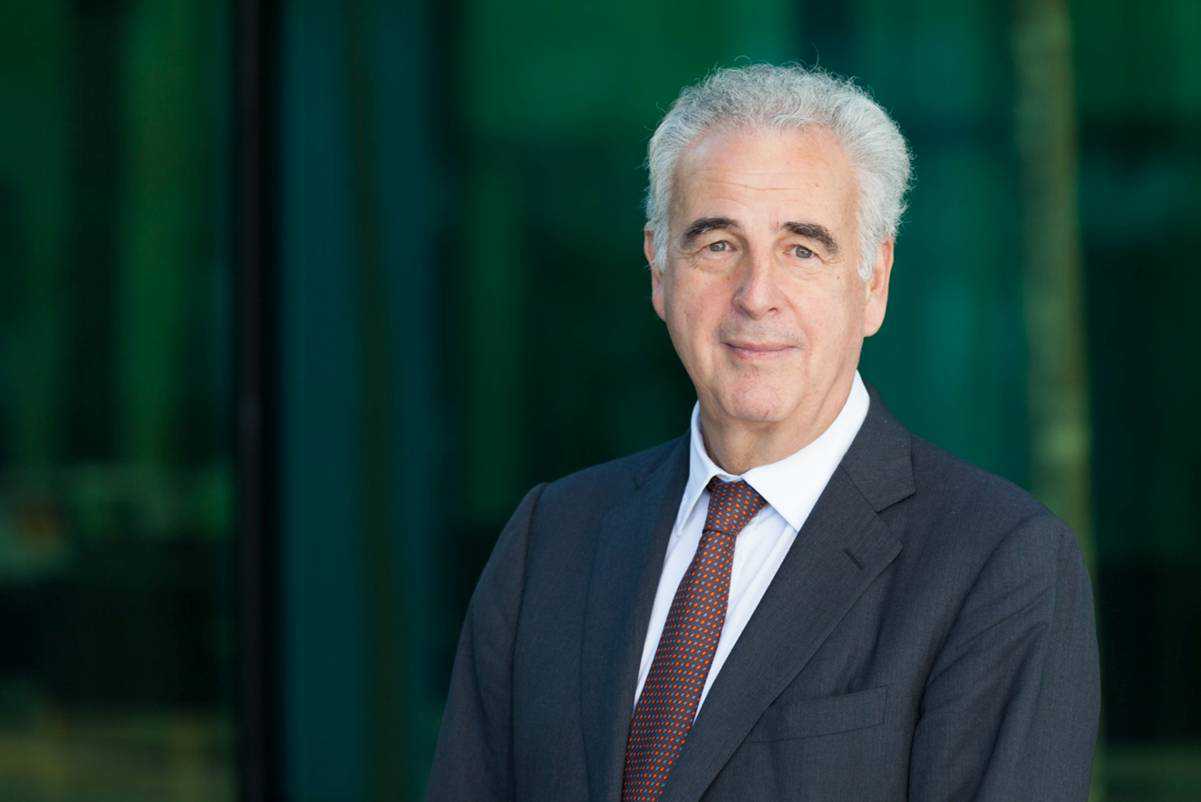 Michel Kazatchkine: 'Russia Will Not Succeed In Ending the Epidemic'

According to the UNAIDS goals, 90% of HIV-positive people all around the globe should know about their status by 2020, 90% of those who are aware of their status should be receiving antiretroviral therapy (ART), and 90% of those receiving ART should have an undetectable viral load, in order to keep the HIV epidemic at bay.

The programme aimed at achieving these target levels is referred to as '90-90-90'. Just in a year and a half, the countries that made a commitment to achieve the coveted figures will have to report back to the international community on their progress. In 2018, only 42.4% of Russian patients were receiving the treatment. The percentage of HIV-positive people with an undetectable viral load was even lower — only 34.3%.

On the sidelines of the IAS 2019 conference, which has just finished in the capital of Mexico, an AIDS.CENTER reporter talked to professor Michel Kazatchkine, a famous French doctor, researcher, diplomat and human rights activist of Russian origin, about why Russia has failed to duly fulfil the commitments made. Michel is the ex-CEO of the Global Fund and one of the top experts in HIV/AIDS.

— In 2016, you visited Russia and had a meeting with the Russian Health Minister Veronika Skvortsova, and you seemed to be really happy about your talk. What do you think of the Russian policy addressing HIV/AIDS today, almost three years later?

— That's true, I did visit Russia in June 2016 as a member of a big mission, and I had a lot of important informal talks with Ms. Skvortsova and many others.

A new federal strategy for preventing the spread of HIV had just been announced in your country then, that generally met my expectations. Assuming it was going to be implemented, everything was almost perfect. But today, three years later, I can see that the action plan has remained only on paper.

Yes, there is a certain progress in increasing the number of people who get antiretroviral therapy. It was a big challenge, because Russia is obviously far behind the other countries regarding these figures. And it was clear that you simply could not lag so severely anymore. Besides, the text of the strategy included 'preventive treatment', which was very reassuring. They even allocated several President grants for it. They were small, but still.

However, relevant programmes are still hardly financed from the budget. And although we have to admit that the quality of treatment in Russia has improved since then, the actual results in suppressing the viral load are still too far from those necessary for containing the epidemic to at least some extent.

— It sure has. Obviously, Russia won't be able to achieve the declared goals by the end of 2020. There is a slight progress, but by no means could it be compared to the target levels, and I don't see any suggestions that your country will be able to curb the epidemic, not to mention putting an end to it.

— Why do you think it turned out like this?

— The reasons are many. Firstly, it is the issue of vulnerable groups. I see progress neither in fighting the stigma, nor in decriminalisation of drug users and sex workers, nor in combating gay people discrimination.

'I don't see any suggestions that your country will be able to curb the epidemic, not to mention putting an end to it'

As a result, the state doesn't have accurate data about these groups. How are you going to design a strategy, whose goal is to take the epidemic under control, without having such data? It looks like these people just don't exist. You cannot set goals related to the groups that you know nothing about and that do not engage with the system in any way.

Russia claims that the number of new HIV infections among drug users is declining there and that sex is becoming the most prevalent mode of transmission. Therefore, the focus should be put on it, on youth and on the society in general... But in fact, you have no evidence to say that.

And this number is unbelievable. It is a mystery to me how this can be happening when it's been ages since humanity figured out how to stop the spread of HIV among drug users.

You are talking about a generalised epidemic. But the research shows that the significant growth of sexual HIV transmissions, that your statistics report about, is related to people whose sexual partners belong right to the vulnerable groups. So in fact, there's no generalised epidemic in Russia. It is still related to the key groups.

— Speaking of the methods that helped to contain the spread of HIV among drug users all over the world, Amfar has recently presented a roadmap — a list of measures that they believe will allow us to defeat the epidemic by 2030. Methadone is mentioned as a must there. Is there any hope that it will be introduced in Russia too?

— I don't think so. And I don't understand many things here.

Moreover, I hardly believe that people in your Ministry of Health do not understand that. But what do I see? From year to year, Russia invariably takes a very rigid stance when participating in any international events dedicated to drug policy. Why? 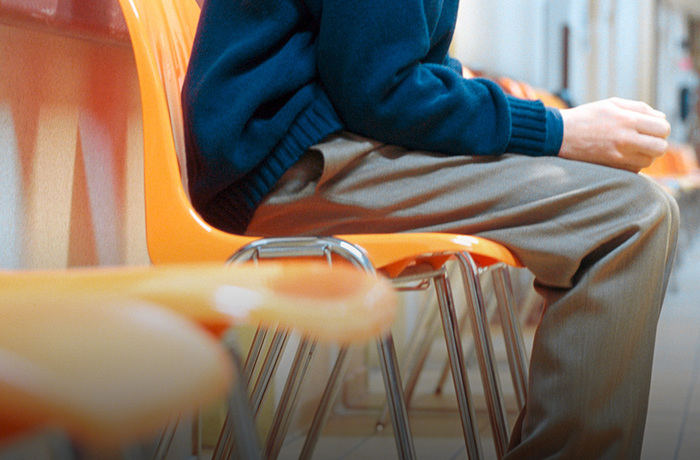 A system error. Why regions are once again experiencing a shortage of HIV medications

I reckon it's because your country has built its political identity around it. And it would be very difficult to give it up now.

Mr. Lavrov himself, the Minister of International Affairs, makes statements on the issue, although drug policy has nothing to do with international affairs. Russia is just used to being in opposition when it comes to this problem.

Russia refers to the fact that opioid replacement therapy is illegal in the country. But shouldn't we change the laws when they interfere with healthcare and the well-being of citizens and society?

According to the WHO standards, methadone is the most effective way of treating addiction. I've had a chance to meet many Russian experts, including the chief narcologist, and they admit, that only 40% of patients maintain abstinence during one year after detox and rehab, only 10% — during three years, and only 2% — during five years and more. This is ludicrous!

Nowadays, we do not even use the term 'replacement therapy' in France. We call it 'maintenance therapy'. It's the same as with insulin, for instance.

Long story short, unfortunately, it is not going to change in your country anytime soon. But I hope that, perhaps, some efforts will be put into providing syringes. I know that there is such a programme at the state AIDS centre in Saint Petersburg. And I hope that it will be possible to launch it in Yekaterinburg with the help of the grants allocated for preventive treatment.

— In 2010, Russia declared itself a country with an above-average income. In other words, it said that it was capable of dealing with HIV on its own and knew what to do.

The country stated that it didn't need the Global Fund and, what's more, that it would return 210 millions that had already been allocated to it. Despite that, the fund kept on allocating very modest grants for Russian NPOs until the last year. And even those grants had a great impact on the epidemic since they fuelled the work that the state had been neglecting. I mean the work with the key groups in the first place.

But in the recent years, the Global Fund has made a decision to leave Eastern Europe. Its position, particularly the position of the British and Americans who the fund is currently influenced by, is that the international support should only go to the poorest countries.

'Russia refers to the fact that opioid replacement therapy is illegal in the country. But shouldn't we change the laws when they interfere with healthcare and the well-being of citizens and society?'

Countries with average income should finance their programmes on their own. And there's certain logic in it. But eventually, Russian NPOs keep shutting down. They are broke. The Fund has left, and what is written in the national strategy regarding the civil society has only remained on paper.

The idea was that until the fund didn't stop financing local NPOs, the countries they worked in would not have any need or reason to allocate money themselves. But the effect was opposite.

As soon as a country gets money, it is spent primarily on reforms, infrastructure, roads, hospitals, etc. These are of course important things, yet the allocations on working with vulnerable groups is not growing. As a result, vulnerable groups are left with no financing at all in the countries the fund abandons. It happens not only in Russia.

I think it is a mistake. I want to stress that when we created the Global Fund in 2001, the purpose was to fight AIDS, tuberculosis and malaria, and not 'to develop countries'. So the financing criteria was the epidemic situation, and not the level of economic development.

Now it looks like this: in spite of Russia remaining the only country in Europe where the epidemic doesn't decline and, on the contrary, keeps growing, it is exactly the country the fund is leaving. Nevertheless, I hope the situation will change and the fund will stop retreating from the region.

— But it doesn't only depend on the fund itself. Do you think Russia will let it back?

— Russia should realise that HIV is a global healthcare problem. So it is a problem that no country can solve on its own.

There's nothing shameful about accepting help. Moreover, we need a more open conversation, a dialogue between doctors from various countries. Today, Russian doctors hardly participate in international conferences. Let's be honest: nowadays they are dealing with such a workload that they don't even have a spare hour per week to take a pause and ponder about whether they treat their patients in a correct way. But this is not normal.

It would also be nice if scientists started to take part in designing of specialised programmes. Russian HIV programmes are now developed by the Health Ministry and its experts. Many of them are certainly talented people, but they have to do their work based on four or five figures only. Among them are new infections, mortality, and viral load. That's it. But the idea is that science is put into practice at the end of the day. Unfortunately, it's not the case in Russia yet. And it's another reason why Russia has failed to achieve the goals set.